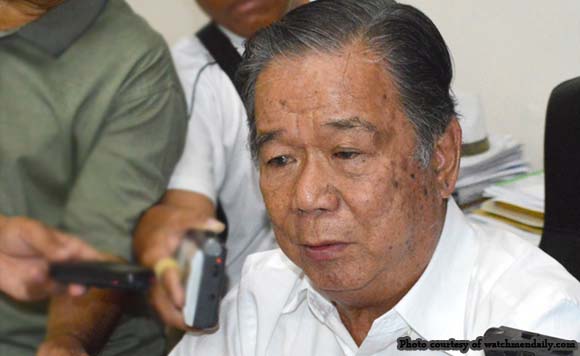 Negros Occidental Gov. Alfredo Marañon will most likely run unopposed in the 2016 elections, according to Vice Gov. Eugenio Jose Lacson.

Lacson announced their local party “Love Negros” is seriously considering not fielding a candidate against Marañon, who is seeking his last term under the United Negros Alliance (Unega) party.

“We are looking at this month already,” the vice governor said in a Love Negros statement, referring to when will they come up with a decision.

Zayco was vice governor when he succeeded Marañon’s brother Joseph who passed away halfway his term in 2008.
He said he is grateful to Marañon for supporting his planned reelection bid in Kabankalan next year.