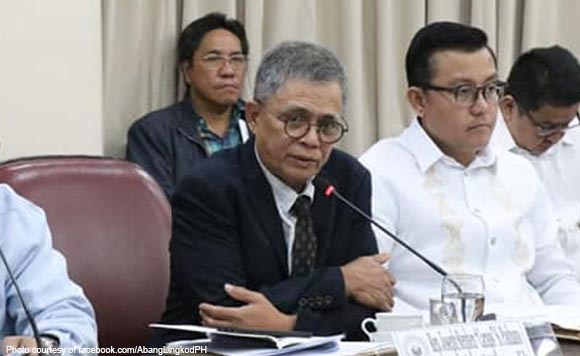 The death of the daughter of Bayan Muna Rep. Eufemia Cullamat is a testimony to the unending but meaningless war among Filipinos, Abang Lingkod Party-list Rep. Joseph Stephen Paduano said.

Paduano, himself a former top ranking leader of the New People’s Army (NPA) who led a breakaway rebel group in Bacolod City, condoled with the family of Jevilyn Campos Cullamat.

Military reports claimed that Jevilyn, who allegedly served as a medic for the NPA, was killed in an encounter with the Philippine Army’s 3rd Special Forces Battalion last November 28. (https://bit.ly/39suJRB)

The minority leader said he’s been calling for an end to “the ruthless and futile war in our country, especially in the countryside, that victimizes the small farmers and farm workers; the innocent Lumads (indigenous people) whose only dream is to live peacefully.”