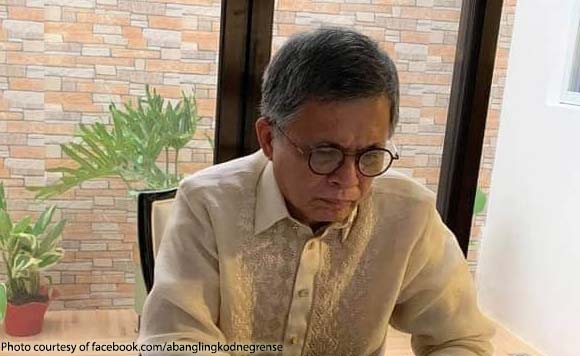 This was confirmed by the minority bloc in a press statement.

“He has always advocated for the welfare of farmers and fisherfolk, and pushed for protection of rice and sugar farmers amidst that liberalization of agriculture markets,” the statement read. (https://bit.ly/2Tgl1s8)

Paduano, a third-term member of Congress, has been a member of the minority bloc since the 17th Congress.

The statement also said that with the new leadership of Paduano, the minority bloc assures that it will “remain loyal to the principles that mold the group in fiscalizing and in providing a potent force to implement check and balance in the House of Representatives.”

The 22-member bloc will continue to support legislation for the people through constructive criticisms and not as obstructionists, as it played a major role in the passing of the 2021 General Appropriations Bill or the 2021 Proposed Budget which was finally approved on Third and Final Reading on Friday.

“Rest assured that the minority bloc will continue working hard in pushing for laws for the benefit of the Filipino people especially at this time of a pandemic where our lives are being challenged to adjust to a new, better normal,” the bloc said.