NegOr gov to soldiers, cops: Get rid of communist rebels 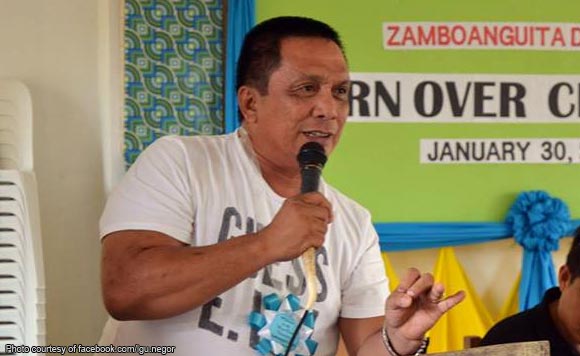 0 296
Share
Want more POLITIKO News? Get the latest newsfeed here. We publish dozens and dozens of politics-only news stories every hour. Click here to get to know more about your politiko - from trivial to crucial. it's our commitment to tell their stories. We follow your favorite POLITIKO like they are rockstars. If you are the politiko, always remember, your side is always our story. Read more. Find out more. Get the latest news here before it spreads on social media. Follow and bookmark this link. https://goo.gl/SvY8Kr

The Visayan Daily News reported that Degamo directed the military and the police to rid Negros Oriental of communist influence.

Angered by recent atrocities committed by the rebels, including the burning of heavy equipment used in the construction of roads in the hinterland barangays of the province, the politiko said the road networks in mountains from Pansiao, Luyang in Mabinay up to Cabcacaban in Bindoy were crucial for the people in the mountain barangays.

“We don’t like insurgents in the province. You terrorists have no place in Negros Oriental. I’m not joking or fooling around in my work. We are a peace loving people,” said Degamo.

According to him, the provincial government is working to give justice to the people by providing them with basic services.

He also called on local enforcement agencies to reactivate the Bayanihan concept, in cooperation with the Magdegamo medical and dental mission, so the people will experience true and genuine government.