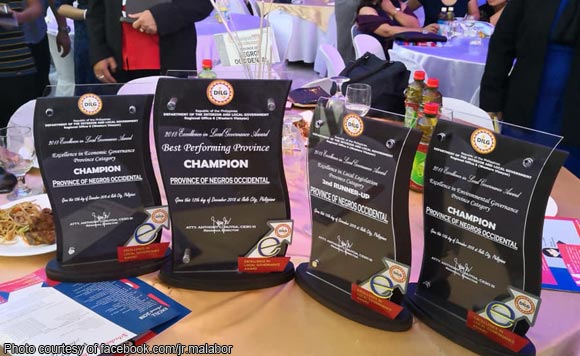 Negros Occidental has been recognized as the Best Performing Province in Western Visayas by the Department of the Interior and Local Government (DILG).

DILG conferred the award to the province during the recent 2018 Search for Excellence in Local Governance (Excell) Awards rites held at Diversion 21 Hotel in Iloilo City.

“We skipped the Excell Awards in the two years we were under the Negros Island Region. Before that, we have already been elevated to the Hall of Fame as Best Performing Province,” Sanogal said.

Sanogal was joined by Governor Alfredo Marañon Jr. in receiving the award.