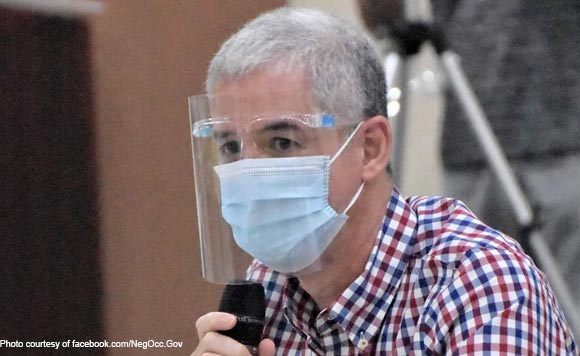 Only targeted lockdown in three cities and one municipality will be implemented on August 28 to 31 after the Inter-Agency Task Force for the Management of Emerging Infectious Diseases did not give its nod to the move, Governor Eugenio Jose Lacson said.

The lockdown, also dubbed as “Timeout Weekend,” will give way to mass testing of symptomatic persons in Bacolod City and Negros Occidental.

Lacson signed Executive Order No. 20-42 yesterday, declaring a Timeout Weekend in the cities of Talisay, Silay, Bago and the town of Murcia from Aug 30 to 31. (https://bit.ly/2FVemQP)

In a press conference, Lacson said all other cities and municipalities in the province will continue to follow the protocols under the Modified General Community Quarantine.

Local chief executives of the four local government units (LGUs) covered by the Timeout Weekend will determine the specified areas to be placed under lockdown, the governor also said.

The lockdown shall only be limited to specific areas such as barangays and puroks (sub-villages) within the respective LGU and shall not include national roads.

The mass testing is a joint program with the provincial government of Negros Occidental and four other LGUs from August 28 to 31.

Leonardia, in an earlier advisory, said that residents must stay at home during the period while at least 5,000 residents, who are exhibiting symptoms of Covid-19, will be subjected to swab tests.