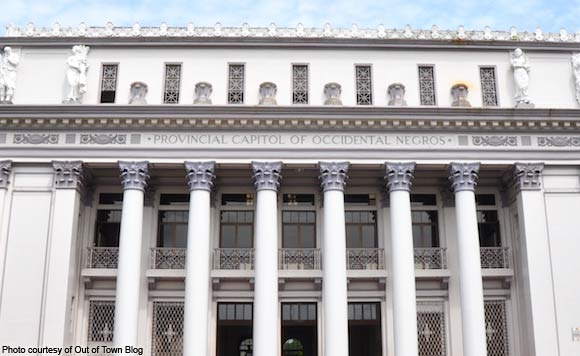 0 693
Share
Want more POLITIKO News? Get the latest newsfeed here. We publish dozens and dozens of politics-only news stories every hour. Click here to get to know more about your politiko - from trivial to crucial. it's our commitment to tell their stories. We follow your favorite POLITIKO like they are rockstars. If you are the politiko, always remember, your side is always our story. Read more. Find out more. Get the latest news here before it spreads on social media. Follow and bookmark this link. https://goo.gl/SvY8Kr

The Negros Occidental Provincial Capitol is studying the possibility of turning over the operations of two hospitals to two local government units (LGUs) in the 1st district.

There is an offer from the 1st district to Governor Eugenio Jose Lacson for them to manage the hospitals they are hosting, said Provincial Administrator Rayfrando Diaz.

The Vicente Gustilo District Hospital is located in Escalante City, while Calatrava hosts the Municipal Hospital, both in the 1st district. (https://bit.ly/390EWld)

Diaz said the offer from Calatrava and Escalante is based on the experience of the San Carlos City government that has its own city hospital.

He, however, clarified that there is no such movement yet to transfer the operations of hospitals to the said LGUs, citing the absence of a resolution from the Provincial Health Board and the Sangguniang Panlalawigan.

Meanwhile, the inventory of equipment is now ongoing to know what properties can be subject to a contract between the provincial government and the LGU, the official said, adding they are also studying the existing labor force.

If all the review and study are finished, Diaz said: “We will draft a deed of usufruct between the Capitol and the LGU where the duties of both parties are specified as well their obligations.”

Richard Gomez practices social distancing at home with his…

Duke Frasco has been feeling under the weather