NegOcc eyes extension of GCQ after May 15 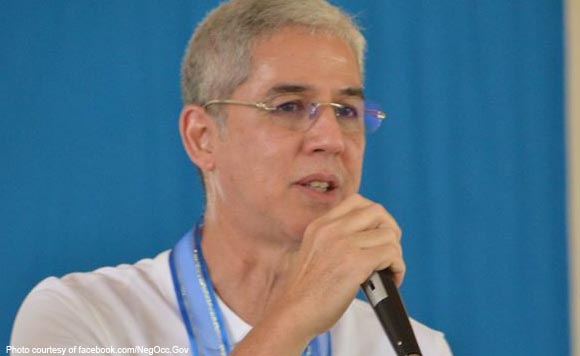 Governor Eugenio Jose Lacson said he is eyeing an extension of the general community quarantine (GCQ) in Negros Occidental after May 15 amid the continuing threat of coronavirus disease 2019 (Covid-19).

The province transitioned to GCQ on May 1 after a month-long enhanced community quarantine (ECQ), easing some restrictions in public transportation and allowing some business establishments to partially operate.

“Personally, I’d like to continue with the GCQ. Anyway, there are a lot of sectors already allowed to return to society. We haven’t really warmed ourselves up under a GCQ. I’m for the extension of the GCQ. I don’t think we’re that ready to just open up and allow everybody to just go out,” the governor said.

While the province is under GCQ, the governor said he is leaving it to the local government units (LGUs), which include 19 towns and 12 cities, to decide whether they need to continue imposing stringent measures for their constituents.

“I will not interpose any objection, but under a GCQ they can ease these measures. Maybe what they can do is just check the body temperature (of people going out). (But) again, I give the LGUs some leeway on how to manage the present situation,” he added.

As the province transitioned to GCQ, Lacson issued Executive Order 20-23, stating the movement of people is limited to accessing basic necessities and work, and uniformed personnel will still be present at border points.

The governor said Negrenses should continue to adopt safeguards during the implementation of the GCQ such as social distancing, mandatory 14-day quarantine for returning residents, and mandatory use of face mask, which are all provided in the previous executive orders issued by the governor.

However, Bacolod City, the provincial capital, remains under ECQ until May 15.

Public utility buses and jeepneys cannot transport passengers from other towns and cities in Negros Occidental to Bacolod until after the ECQ is lifted.

Lacson said that he respects the decision of the city officials to continue with the ECQ, which was allowed by the Inter-Agency Task Force for the Management of the Emerging Infectious Diseases (IATF-EID).

“It’s only a matter of days. Before you know it, it’s already May 15. Based on the information we received from the IATF, it seems that many of the LGUs will be downgraded to GCQ, probably Bacolod will be included,” he added.

As of Thursday, Negros Occidental has six confirmed cases of Covid-19, including the two with positive test results released on Wednesday.

Patients No. 5 and No. 6 are among the 27 seafarers who arrived in the province aboard the 2GO Group’s “Malasakit Voyage” on April 28. (PNA)