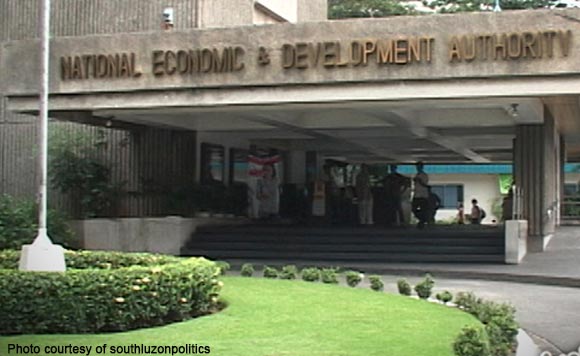 0 998
Share
Want more POLITIKO News? Get the latest newsfeed here. We publish dozens and dozens of politics-only news stories every hour. Click here to get to know more about your politiko - from trivial to crucial. it's our commitment to tell their stories. We follow your favorite POLITIKO like they are rockstars. If you are the politiko, always remember, your side is always our story. Read more. Find out more. Get the latest news here before it spreads on social media. Follow and bookmark this link. https://goo.gl/SvY8Kr

Roughly P730 million unused funds meant for the recovery of Eastern Visayas after Super Typhoon Yolanda have been returned to the National Treasury, the National Economic and Development Authority (NEDA) confirmed on Thursday.

The budget is under the 2016 “Yolanda” Recovery and Reconstruction Program that “remained untapped and were not released until the expiration of the validity of the funds last Dec. 31, 2017,” NEDA Regional Director Bonifacio Uy said during the quarterly Regional Project Monitoring Committee meeting.

The 2016 allocation was released late in 2016 or early 2017, giving the agencies less time to procure and obligate the funds within the year, Uy said.

These funds were not utilized as some agencies encountered issues in the procurement of “Yolanda” projects, such as processing of documents and usufruct agreement, the NEDA official said.

Of the nine agencies and universities with unspent outlay, the top three with returned allocations are the Department of Social Welfare and Development (P493.2 million), the Department of Agriculture (P114.14 million), and the Visayas State University (P80.05 million).

Uy is optimistic that the central government will heed the request of the Eastern Visayas Regional Development Council to reallocate the budget to be used for the “actual needs of people in affected areas.”

Presidential Assistant for Special Concerns Wendel Avisado, who asked for reports of unspent funds from the National Treasury, recommended the use of the funds as subsidy for individual water service connections in all relocation sites, as proposed by the Local Water Utilities Authority.

“The subsidy is highly recommended as it is crucial in the sustainability and livability of the resettlement sites and is beyond the coverage of the regular national government subsidy to the agency,” Avisado said in his letter to the NEDA regional office here.

The PHP495-million water system project will only cover the extension of water distribution pipes, develop two new sources in the city’s northern villages, set up and repair old pumping stations, set up a new reservoir, upgrade the existing reservoir, and rehabilitate the city’s water pipes.

More than 14,000 families transferred to the northern part of the city will benefit from this water connection project.

Avisado already sent the recommendation to NEDA main office and the Department of Budget and Management for consideration.

Since the super typhoon struck in 2013, some P146.2 billion had already been released for post-disaster recovery in all affected areas in central Philippines. About 46 percent of the funds or P67.1 billion was intended for Eastern Visayas. (PNA)