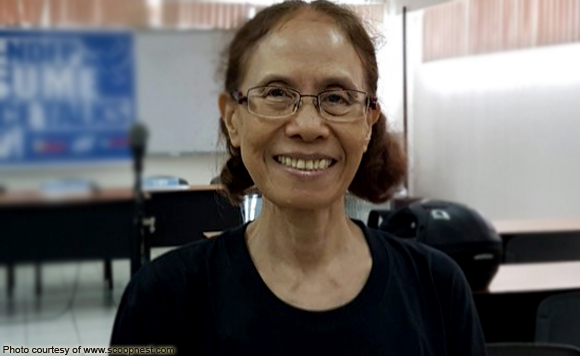 0 291
Share
Want more POLITIKO News? Get the latest newsfeed here. We publish dozens and dozens of politics-only news stories every hour. Click here to get to know more about your politiko - from trivial to crucial. it's our commitment to tell their stories. We follow your favorite POLITIKO like they are rockstars. If you are the politiko, always remember, your side is always our story. Read more. Find out more. Get the latest news here before it spreads on social media. Follow and bookmark this link. https://goo.gl/SvY8Kr

The Visayas consultant of the National Democratic Front gained temporary liberty from an Iloilo prison, in time for the resumption of peace talks between the government and the NDF later this month.

Maria Concepcion Araneta-Bocala, the spokesperson of the Communist Party of the Philippines regional committee in Panay Island, was released after posting a P400,000 bail, Visayan Daily Star reported.

She was arrested in Molo, Iloilo City, in August 2015. She is to fly to Manila this weekend to process legal documents and a visa for her Norway trip.

The peace talks are scheduled Aug. 20 to 27 in Norway.