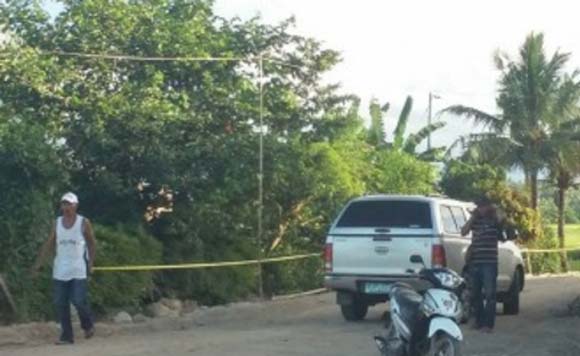 0 665
Share
Want more POLITIKO News? Get the latest newsfeed here. We publish dozens and dozens of politics-only news stories every hour. Click here to get to know more about your politiko - from trivial to crucial. it's our commitment to tell their stories. We follow your favorite POLITIKO like they are rockstars. If you are the politiko, always remember, your side is always our story. Read more. Find out more. Get the latest news here before it spreads on social media. Follow and bookmark this link. https://goo.gl/SvY8Kr

The presence of New People’s Army (NPA) in Northern Samar has discouraged contractors from implementing multi-million infrastructure projects meant for impoverished and conflict-stricken communities, a regional official of the Office of the Presidential Adviser on the Peace Process (OPAPP) confirmed on Thursday.

Imelda Bonifacio, OPAPP program manager for Eastern Visayas, said construction firms have abandoned at least three projects for fear of NPA’s extortion activities and being caught in the crossfire between government troops and armed rebels.

Citing reports from the Philippine Army, communist rebels have asked contractors to allocate 10 percent of the project cost to the NPA movement or else face the consequence of attacks.

“The mere report of their presence discourages implementers to pursue the projects. These areas are critical and they are scared of being a victim of crossfires as there are continuing operations in these areas,” Bonifacio said.

Other than the prevailing peace and order situation, aggravating the project implementation concern is the absence of access roads, subcontracting issues, unworkable ground conditions, and lack of manpower and equipment.

Top officials in Eastern Visayas have elevated to Cabinet secretaries the discussion on delayed and terminated infrastructure projects meant for impoverished and conflict-stricken areas on Samar Island.

Members of the RDC, Regional Peace and Order Council and the Regional Disaster Risk Reduction Management Council deferred on Monday the approval of the proposed transfer of implementation of delayed projects from the Department of Public Works and Highways (DPWH) to the Philippine Army.

In a joint meeting at the city hall here, RDC co-chair Roy Bernard Fiel said the “best option” to resolve the issue is for DPWH Secretary Mark Villar, Department of National Defense (DND) Secretary Delfin Lorenzana, and the new Presidential Adviser on the Peace Process to talk about implementation arrangements.

Lorenzana, who joined the meeting here, vowed to talk to Villar on the process of transferring the implementation of infrastructure projects.

“It is easier for the Army to carry out terminated and not yet started projects. We are willing to accept projects in problematic areas,” he said.

Brig. Gen. Ramon Evan Ruiz, commander of the Army’s 53rd Engineering Brigade, said the projects can be undertaken by two engineering battalions but their implementation will be scheduled and on selective basis only due to limitations in equipment and personnel.

“The recurrent problems such as road right of way, access road, delinquent contractors are to be addressed first by local governments and national government agencies prior to the transfer,” Ruiz said.

The engineering brigade will also check the program of works to determine if the remaining funds are enough to finish the projects and if cost estimate is responsive to the current prices of materials, maintenance, rental of equipment, and labor.

Ruiz also appealed to speed up the execution of agreement between the DPWH and Department of National Defense to implement terminated projects.

DPWH Regional Director Nerie Bueno said passing the responsibility to another agency will further delay the actual construction due to the tedious process of doing so.

“We understand the need to fast-track these projects, but terminating a project and giving it to another entity will take at least six months,” Bueno told council officials.

She added that some projects labeled by the RDC as not yet started have already been bid out and awarded to winning contractors with good track records.

The RDC’s discussions on delayed PAMANA projects have started in the second quarter of this year. Earlier, the body already passed two resolutions to help expedite the project and conduct problem solving sessions.

PAMANA is the national government’s convergence program that extends development interventions to isolated, hard-to-reach and conflict-affected communities, ensuring that they are not left behind. (PNA)