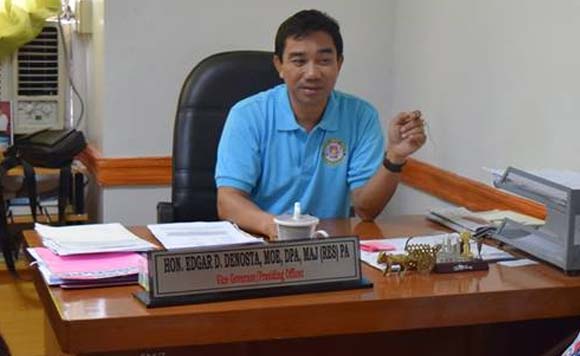 SAN JOSE DE BUENAVISTA, Antique — The P1.421-billion 2019 annual budget of the province of Antique remains in limbo despite spending a day of debates by the Sangguniang Panlalawigan (SP).

Antique Vice Governor Edgar Denosta said committee on finance and appropriations chair Juris Juanitez decided to first ask the opinion of the Department of the Interior and Local Government (DILG), Department of Budget and Management (DBM), and the local finance committee before the panel would approve or disapprove the budget.

He said because of the changes or amendments made by the SP committee on finance and appropriations, the annual budget will be reduced to PHP1,190,179,985.

The committee also disapproved the PHP2.5 million fund that will be sourced from the IRA intended for the expansion of the Padlusan Adventure Amenities. Juanitez claimed that it was not in the 2019 Annual Investment Program (AIP).

“The slashing of the PHP2.5 million for the expansion of the Padlusan Adventure Amenities could adversely affect the 20-percent IRA,” he said.

He said the DBM might not approve the budget when it is submitted to their office due to the huge cut, which could further cause the delay.

Also reduced was the budget for the other general services of the Environment and Natural Resources Office (ENRO) from PHP5 million to only PHP3 million. Members of the committee believe that the ENRO does not need as much job order employees to do the tree-planting activities and monitor the quarry operations.

The budget for other general services is intended for salaries of job order employees.

The Provincial Social Welfare and Development Office donations that include the Aid to Individuals in Crisis Situation (AICS) and financial assistance for the senior citizens, dubbed as “Kabalaka kay Lolo kag Lola”, was also reduced from PHP10 million to PHP8 million.

Meanwhile, the United Provincial Government Employees of Antique (UPGEA) held an interfaith rally in front of the SP session hall on Thursday.

The employees heard Mass at the capitol lobby before marching to the SP session hall.

The UPGEA pushed for the passage of the 2019 annual budget because of the more than 1,400 job order employees who until now could not renew their contracts due to lack of funds for their salaries. (PNA