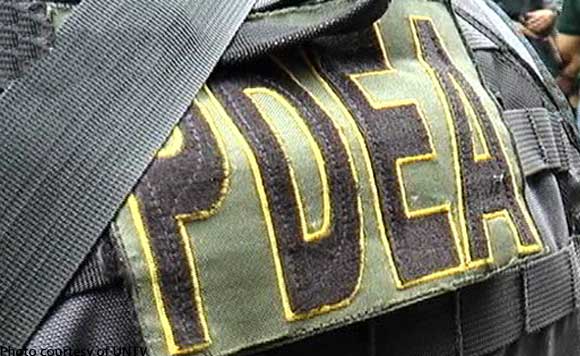 0 260
Share
Want more POLITIKO News? Get the latest newsfeed here. We publish dozens and dozens of politics-only news stories every hour. Click here to get to know more about your politiko - from trivial to crucial. it's our commitment to tell their stories. We follow your favorite POLITIKO like they are rockstars. If you are the politiko, always remember, your side is always our story. Read more. Find out more. Get the latest news here before it spreads on social media. Follow and bookmark this link. https://goo.gl/SvY8Kr

The Philippine Drug Enforcement Agency warned residents in Western Visayas against a scam using its name to solicit money or even mobile phone load.

“We don’t discount the possibility that these fraudsters would call families of suspects who were caught in anti-drugs operations. They might present themselves as PDEA personnel and would ask money to resolve the suspects’ criminal charges,” Tablate said (https://thedailyguardian.net/local-news/pdea-6-warns-against-scammers-using-its-name/).

Citing the information he received, Tablate said the scammers would target establishments and government officials, supposedly to pay courtesy calls.

He said one call was made to a government agency, whose representative called him last April 8. Tablate said the caller “did not signify his intention but intimated that he would call again.”

“But we presumed it’s for money. This kind of incident also happened in other regions,” he added.

Earlier, the PDEA in Region 11 said scammers also tried victimizing an office in Davao City by calling them that the the PDEA regional director would visit their office.

The caller then asked for a P3,000 mobile phone load since they could not find a store to buy a prepaid card. When the employee who took the call bought the load, the caller’s number became inaccessible.