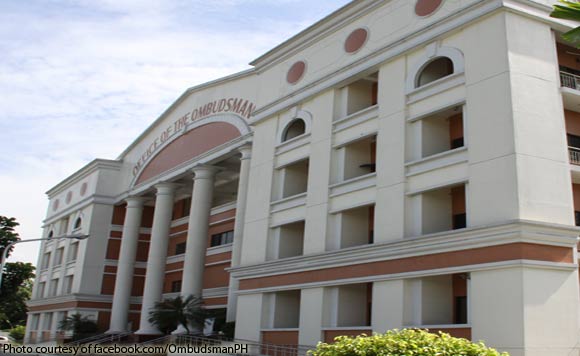 0 350
Share
Want more POLITIKO News? Get the latest newsfeed here. We publish dozens and dozens of politics-only news stories every hour. Click here to get to know more about your politiko - from trivial to crucial. it's our commitment to tell their stories. We follow your favorite POLITIKO like they are rockstars. If you are the politiko, always remember, your side is always our story. Read more. Find out more. Get the latest news here before it spreads on social media. Follow and bookmark this link. https://goo.gl/SvY8Kr

Ombudsman Conchita Carpio-Morales has ordered the filing of charges against former House Speaker Prospero Nograles for his alleged participation in the controversial Priority Development Assistance Fund (PDAF) scam during his term as “special caretaker” of Misamis Oriental First District.

The politiko is set to face trial for three counts of violation of Section 3(e) of the Anti-Graft and Corrupt Practices Act (Republic Act No. 3019), one count of malversation and two counts of malversation thru falsification of public documents.

Ombudsman investigators traced the anomaly as originating during the tenure of former Cong. Danilo Lagbas who passed away in 2008.

In the field verification conducted by the Ombudsman Field Investigation Unit in Mindanao, it was discovered that many of the livelihood project beneficiaries denied receipt of the livelihood technology kits/materials, grafted seedlings, hand tractors and water pumps.

The reported projects implemented through the NGOs were supported by questionable and spurious documents. Suppliers also denied providing farm implements or issuing any invoices and receipts.

The Ombudsman also found from the documents and testimonies that Lagbas, and upon his death, Nograles, did not only propose, select, identify the programs to be funded out of the PDAF allocation, but also directly participated and intervened in the various phases of the project implementation.

Findings from the Commission on Audit reveal that the original receipts used by the alleged supplier, C.C. Barredo Publishing House, contained overlapping series numbers and that the supplier’s Authority to Print receipts were used by two other establishments, G-Roy Enterprises and Ikaw at Ako Foundation, Inc.

According to the Resolution, “the chosen NGOs could not qualify for the grant of government funds since they failed to strictly comply with all the requirements needed in order to be considered eligible to implement government-funded projects.”

On the issue of Lagbas’ death, the Ombudsman explained that “his death (in 2008) did not, in any way, extinguish the crime and probable guilt of the respondents.” Citing People versus Henry T. Go, the Ombudsman stated that “if circumstances exist where the public officer may no longer be charged in court, as in the present case where the public officer has already died, the private person may be indicted alone.”

Insofar as Nograles is concerned, “he took over as caretaker of the 1st district of Misamis Oriental and continued what had been started by Congressman Lagbas by signing the letter-request to NLDC for the immediate release of the PDAF allocation of P10,000,000.00 to KKAMFI. Nograles likewise signed the MOA with NLDC and KKAMFI as well the work financial plans and project proposal.”