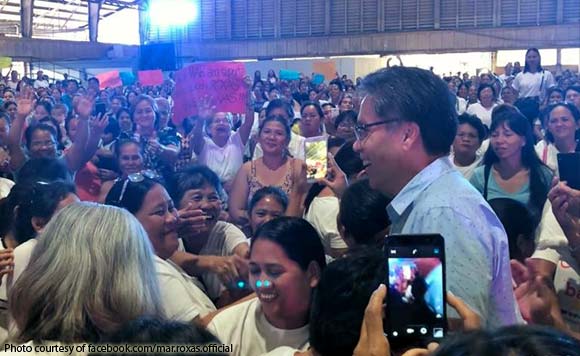 Despite his “Yellow” roots, former senator Mar Roxas is distancing himself from the opposition’s senatorial slate this early.

Roxas opted to launch his senatorial bid in his home province of Capiz Tuesday (February 11) instead of joining the “Otso Diretso’s” campaign kickoff in Caloocan City.

Hundreds of Roxas’ supporters, including Governor Antonio “Tony” Del Rosario, attended the grand launch of his campaign at the Dinggoy Roxas Civic Center.

Latest results of voter preference surveys show that only Roxas and Senator Paolo Benigno “Bam” Aquino IV have a statistical chance of winning the senatorial race among the “Otso Diretso” candidates.

In a recent interview on ANC’s “Headstart,” Roxas didn’t give a categorical answer when asked if he was distancing himself from the Liberal Party for the upcoming polls.

“I’d like to campaign as Mar Roxas. I have my own track record,” he said.