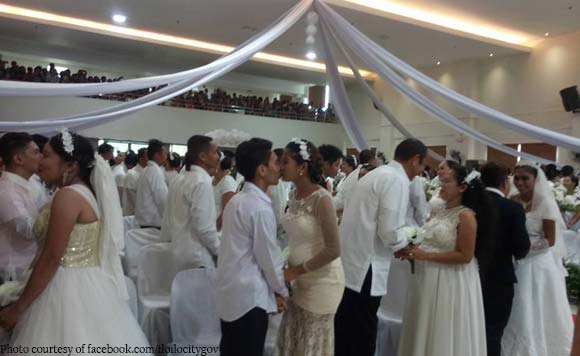 Iloilo City officials have asked the National Bureau of Investigation to look into alleged fake marriages in the Local Civil Registrar’s Office.

The city government suspects the supposed fake marriages may be the handiwork of a judge who was previously terminated from the judiciary but continued to solemnize weddings.

City Legal Officer Atty. Edgar Gil said their initial findings showed a lawyer identified only as “Judge Artuz” has been solemnizing marriages despite being terminated as a judge in 2017 (https://dailyguardian.com.ph/ex-judge-behind-fake-weddings/).

Marriages formalized by unauthorized solemnizing officers are considered null and void, Gil emphasized, adding weddings officiated by judges must be held in his or her court or sala.

In 2017, the Supreme Court ordered the dismissal from service of Municipal Trial Court in Cities Branch 5 Judge Ofelia M.D. Artuz for grave misconduct, dishonesty and falsification of official documents.

Former councilor Plaridel Nava filed the complaint against Artuz in 2006.

Meanwhile, Gil also said they received complaints of marriage fixing at City Hall where fixers charge P10,000 to P20,000 to hasten the processing of their marriage licenses.

Mayor Jerry Treñas said he will seek the help of the NBI to probe the alleged fake marriages at the LCRO.

Manikan reiterated that their role is to only register the document, hence it is beyond the duty of the office to check and look into the other details, particularly the solemnizing officer.

Before the marriage, a couple who wish to wed either in a church or civil wedding must first apply for a wedding license, he explained.

The couple will have to apply for that license from the Local Civil Registrar of the place where either or both of them reside.

Manikan added the LCR is only involved if the rite will be held within its jurisdiction.

He added only the court can determine if the marriage contract is fake or otherwise.