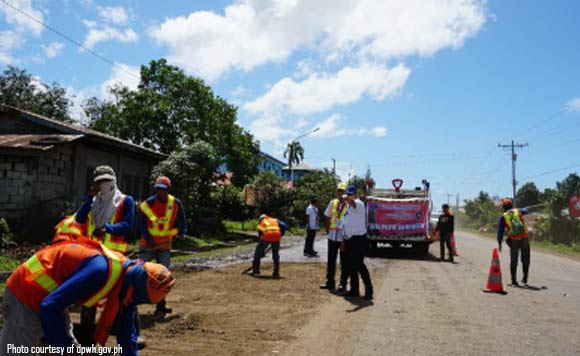 0 315
Share
Want more POLITIKO News? Get the latest newsfeed here. We publish dozens and dozens of politics-only news stories every hour. Click here to get to know more about your politiko - from trivial to crucial. it's our commitment to tell their stories. We follow your favorite POLITIKO like they are rockstars. If you are the politiko, always remember, your side is always our story. Read more. Find out more. Get the latest news here before it spreads on social media. Follow and bookmark this link. https://goo.gl/SvY8Kr

It may be Fire Prevention Month this March, but the Bureau of Fire Protection is also busy with other work in Leyte – such as removing mud from the province’s roads.

The BFP was tapped by the Department of Public Works and Highways to speed up the removal of mud along the province’s national roads.

Gonzales noted mud had accumulated along the road due to the weather condition and the transport of sugarcane during harvest season.

The DPWH said the BFP’s fire trucks blast water on hardened mud along the road.

Also, Gonzales ordered the application of thermoplastic road markings on the asphalted bridges along the Ormoc-Baybay-Southern Leyte Boundary (OBSL) Road.

“The reflective lane markings will ensure the safe land travel especially at night, hence reduce the occurrence of road accidents in the area,” the DPWH said.