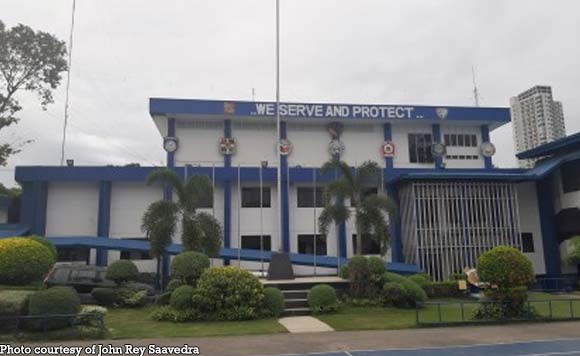 0 5,061
Share
Want more POLITIKO News? Get the latest newsfeed here. We publish dozens and dozens of politics-only news stories every hour. Click here to get to know more about your politiko - from trivial to crucial. it's our commitment to tell their stories. We follow your favorite POLITIKO like they are rockstars. If you are the politiko, always remember, your side is always our story. Read more. Find out more. Get the latest news here before it spreads on social media. Follow and bookmark this link. https://goo.gl/SvY8Kr

CEBU CITY – A convicted felon from Bogo City, who was one of the 1,914 convicts released due to good conduct time allowance (GCTA), is the first convict from Cebu who surrendered after the order of President Rodrigo Duterte to go back to jail.

Jesus Ranoco Negro Jr. was at his home in an upland village of Dakit in the northern city of Bogo when he saw the live telecast of Duterte ordering them to turn themselves amid the GCTA controversy.

After Negro’s surrender at the Bogo Police Station on Wednesday night, he was brought to the Regional Special Operations Group (RSOG) in the Regional Police Office (PRO-7) based in Camp Sergio Osmeña Sr. in Cebu City.

Negro, who was moved to the New Bilibid Prison (NBP) in Muntinlupa in March 1990 after being committed to Cebu City Jail in 1988 due to eight counts of murder, claimed he had never been marked for bad behavior.

Although the NBP ordered him released on August 2018 due to good behavior, Negro, who was a soldier when he committed the crimes in Minglanilla, Cebu in 1988, considered Duterte as his commander-in-chief and saw it as his duty to obey the President’s verbal order to the released convicts to go back to jail because of the controversy surrounding the GCTA.

He claimed he never sought for his freedom but went out of prison due to his good behavior.

Despite Duterte’s order to go back to jail, Negro still managed to praise the Bureau of Corrections (BuCor) in its efforts to reforming the convicts inside the NBP through education.