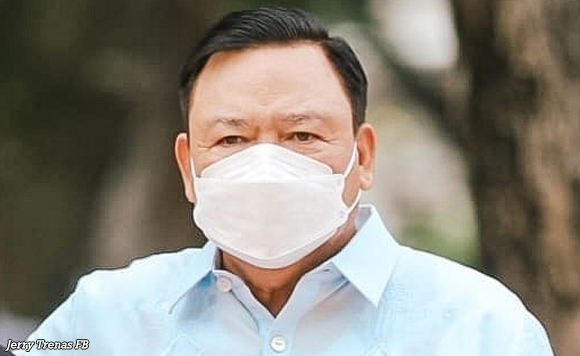 0 88
Share
Want more POLITIKO News? Get the latest newsfeed here. We publish dozens and dozens of politics-only news stories every hour. Click here to get to know more about your politiko - from trivial to crucial. it's our commitment to tell their stories. We follow your favorite POLITIKO like they are rockstars. If you are the politiko, always remember, your side is always our story. Read more. Find out more. Get the latest news here before it spreads on social media. Follow and bookmark this link. https://goo.gl/SvY8Kr

“Hopefully it will push through. It’s a very ambitious plan, but we, in the city, are very happy if everything goes as planned,” Treñas said in the vernacular. (https://bit.ly/3D0zpgg)

According to him, the city has two ready lots for the project as counterparts – a 2.7-hectare property in Barangay San Isidro, Jaro district and a 2.2-hectare lot at Fort San Pedro in the City Proper.

A 10- to 12-storey building is being eyed at the San Isidro property and a medium to high-rise tenement at Fort San Pedro, he added.

Like the private condominium development, both are expected to include amenities such as a swimming pool, clubhouse, and gym.

Both sites will have a total of 500 housing units.

The housing units are available to informal settlers who do not own a home. The monthly rent for the 24-square-meter unit will be P3,500.