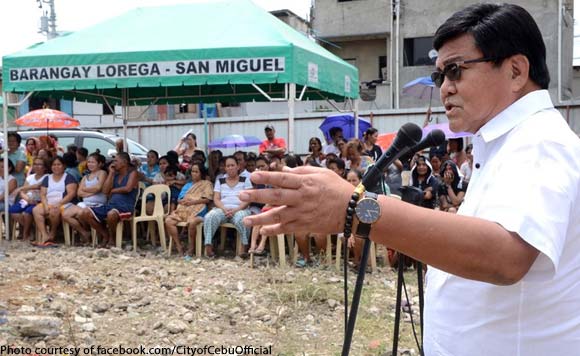 0 4,588
Share
Want more POLITIKO News? Get the latest newsfeed here. We publish dozens and dozens of politics-only news stories every hour. Click here to get to know more about your politiko - from trivial to crucial. it's our commitment to tell their stories. We follow your favorite POLITIKO like they are rockstars. If you are the politiko, always remember, your side is always our story. Read more. Find out more. Get the latest news here before it spreads on social media. Follow and bookmark this link. https://goo.gl/SvY8Kr

Labella issued the remark Wednesday after the groundbreaking ceremony of the two five-storey tenement buildings in Barangay Lorega.

The two buildings, which can house a total of 200 families, cost P200 million and will be completed in 2021. Each building will have its own health care center, skills training center, and daycare center. (https://cebudailynews.inquirer.net/258801/more-tenement-buildings-for-cebu-citys-underprivileged-constituents-labella#ixzz5zvVjwpLR)

Labella said the social housing project will allow tenants to live in the tenement rent-free for five years. After five years, they are expected to have found ways to improve their economic and living condition and find another home.

The city government, he added, will strictly implement the Urban Development Housing Act of 1992, which states that five percent of the cost of urban developments and subdivisions will go to socialized housing.

“This is what I am asking the City Council… to make an ordinance that will ensure that the five percent for the socialized housing be deposited to the City Treasurer before any developer will be given a development permit,” the local chief executive said.