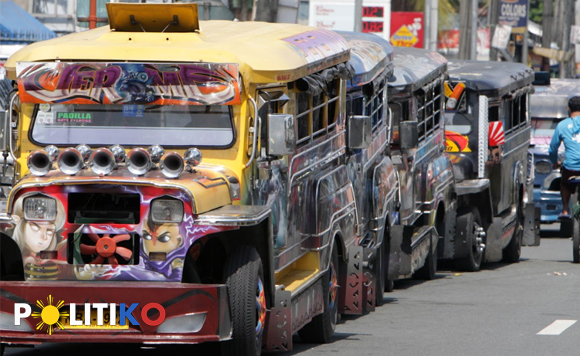 0 44
Share
Want more POLITIKO News? Get the latest newsfeed here. We publish dozens and dozens of politics-only news stories every hour. Click here to get to know more about your politiko - from trivial to crucial. it's our commitment to tell their stories. We follow your favorite POLITIKO like they are rockstars. If you are the politiko, always remember, your side is always our story. Read more. Find out more. Get the latest news here before it spreads on social media. Follow and bookmark this link. https://goo.gl/SvY8Kr

Mayor Albee Benitez and the Land Transportation Franchising Regulatory Board (LTFRB) will meet today for the crafting of a resolution extending the moratorium on the apprehension of traditional public utility jeepneys (PUJs) in Bacolod City that operate without franchises.

During a meeting with LTFRB and Land Transportation Office on November 19, Benitez said they agreed to extend the moratorium in preparation for changes under the transportation modernization law, after taking into account the concerns raised by traditional PUV operators and drivers.

Prior to the agreement, Benitez raised the concerns and issues raised by operators of traditional PUVs to LTO and LTFRB representatives. (https://bit.ly/3XhfdyJ)

A 15-day “ceasefire” in apprehending public utility vehicles without franchises by LTO and LTFRB in Bacolod City is set to end on November 23.

The length of the moratorium will be determined by the outcome of talks between Benitez and LTFRB officials during a closed-door meeting, according to City Public Information Officer Carmela Arcolas-Gamboa.