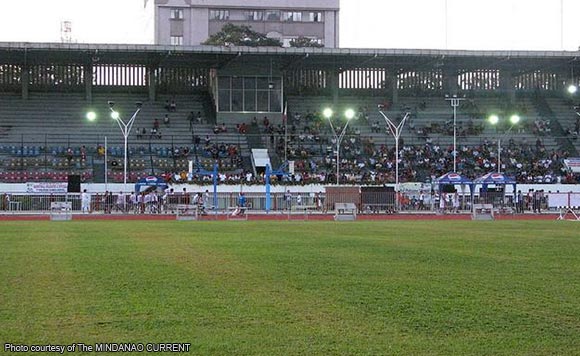 0 794
Share
Want more POLITIKO News? Get the latest newsfeed here. We publish dozens and dozens of politics-only news stories every hour. Click here to get to know more about your politiko - from trivial to crucial. it's our commitment to tell their stories. We follow your favorite POLITIKO like they are rockstars. If you are the politiko, always remember, your side is always our story. Read more. Find out more. Get the latest news here before it spreads on social media. Follow and bookmark this link. https://goo.gl/SvY8Kr

Moreno was responding to the recent decision of the Ombudsman which cleared Misamis Oriental Gov. Yevgeny Vincente Emano and his brother-in-law and incumbent provincial board member President Elipe.

The mayor argued that Moisc could not be a private enterprise because it has not been incorporated and “it has no separate personality.”

“How can it be a privately-owned entity? The land is owned by the government, and it is elementary in land ownership that the owner of the land is also the owner of all the improvements thereon,” Moreno said, referring to the sports complex.

He said the provincial government is the one running Moisc given that it owned a majority of the sports facility.

“Although there is a council, which includes the city government and the Department of Education, that does not make it private,” he added.

The mayor, who is also a lawyer, has questioned the Ombudsman’s six-page ruling issued July 27, 2018 and signed by graft investigation and prosecution officers Rosemil Bañaga and Hilde dela Cruz-Likit and deputy Ombudsman for Mindanao Rodolfo Elman.

“The charge of nepotism or unlawful appointment against respondents hinged on whether the subject sports center is public in character. The evidence on record, however, do not satisfactorily establish this fact,” a part of the Ombudsman’s decision reads.

While the land on which the complex stands belongs to the government, “the records do not point with clear certainty whether it is a government-ran (sic) enterprise,” anti-graft court added.

Moreno was tagged by Emano and Elipe as the brains behind the charges against them, although the case was filed by a certain Ernesto Molina on Sept. 29, 2017, a few months after Emano appointed Elipe as general manager of the Misamis Oriental Integrated Sports Complex (Moisc), sometime in 2016.

The sports complex, located along Velez Street, was jointly managed and operated by the provincial government, city government, and the Department of Education.

Molina, who used to work at city hall, accused Emano and Elipe of committing nepotism since they are relatives by affinity within the second civil degree.

Aside from nepotism, the two officials were also charged for violating the Code of Conduct and Ethical Standards for Public Officials, Anti-Graft and Corrupt Practices Act, Article 244 of the Revised Penal Code (Unlawful Appointments), malversation, grave misconduct, and grave abuse of authority.

In his counter-affidavit, Emano denied committing any of the offenses saying Moisc operates as a private enterprise since 1976, “as such, it has no government accountable forms, not subject to audit by the Commission on Audit, and does not receive funding of any form from the national or local governments.”

Elipe, in his counter-affidavit, echoed Emano’s defense that the sports center is a private entity as it “has no obligation to remit any of its collections to the government nor are its procurements subject to RA 9184.”