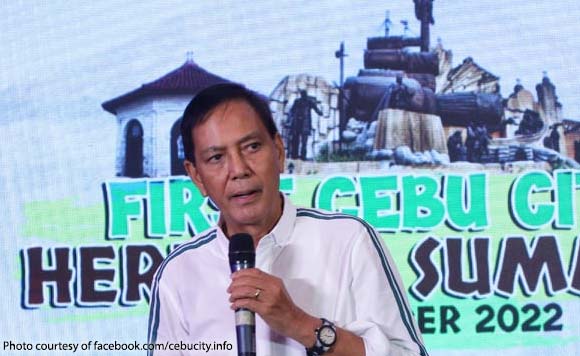 0 55
Share
Want more POLITIKO News? Get the latest newsfeed here. We publish dozens and dozens of politics-only news stories every hour. Click here to get to know more about your politiko - from trivial to crucial. it's our commitment to tell their stories. We follow your favorite POLITIKO like they are rockstars. If you are the politiko, always remember, your side is always our story. Read more. Find out more. Get the latest news here before it spreads on social media. Follow and bookmark this link. https://goo.gl/SvY8Kr

The Cebu City Anti-Indecency Board (Caib) has returned to protect its constituents from immorality.

Former city administrator Lucelle Mercado was appointed to lead the board by Mayor Mike Rama.

“I would say that we will give the same intensity or even more to fight against indecent, lewd presentations by any platforms to limit if not to totally stop the actions that violate our Caib ordinance because the members that composed the previous board were the same people that our mayor has called upon,” she said.

Last Thursday, Caib met for the first time in seven years to discuss its next course of action.

Mercado said that based on their agreement, they will request that the mayor provide the board with space to store documents and evidence seized in future operations.

After Rama lost his reelection bid to Tomas Osmeña in 2016, Caib became inactive and remained so for the two years that late mayor Edgardo Labella was in office.

Mercado stated that they will soon inspect entertainment establishments and massage parlors, as well as monitor radio and television programs, newspapers, magazines, billboards, and signages, among others.