Mike Rama hopeful CCMC will be completed before 2022 polls 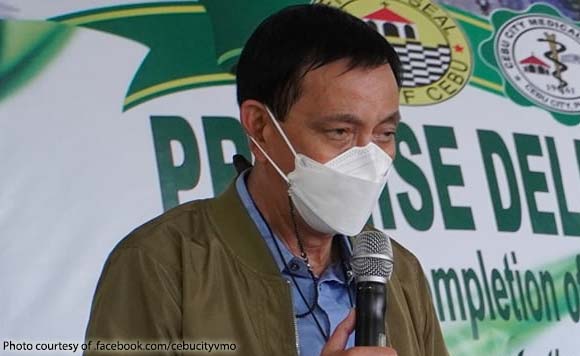 0 182
Share
Want more POLITIKO News? Get the latest newsfeed here. We publish dozens and dozens of politics-only news stories every hour. Click here to get to know more about your politiko - from trivial to crucial. it's our commitment to tell their stories. We follow your favorite POLITIKO like they are rockstars. If you are the politiko, always remember, your side is always our story. Read more. Find out more. Get the latest news here before it spreads on social media. Follow and bookmark this link. https://goo.gl/SvY8Kr

Vice Mayor Michael Rama is hopeful the Cebu City Medical Center (CCMC) will be completed before next year’s elections.

“Being the chairman of the committee on health, being the vice mayor, the partner of Mayor Edgardo Labella, I will continue to take the necessary steps for its completion. My staff is focusing on it because there is a budget,” said Rama.

Another P1 billion was allocated under the approved supplemental budget in July for the hospital’s completion. (https://bit.ly/3nK8iyB)

In 2014, the old CCMC building was demolished after a 7.2 magnitude earthquake hit Bohol and parts of Cebu in October 2013.

While Rama pushed for the construction of “a modern hospital” in 2015, his plan was derailed when he lost to former mayor Tomas Osmeña in 2016.

The first three floors of the new CCMC building, which can accommodate 200 beds, were inaugurated last Saturday.