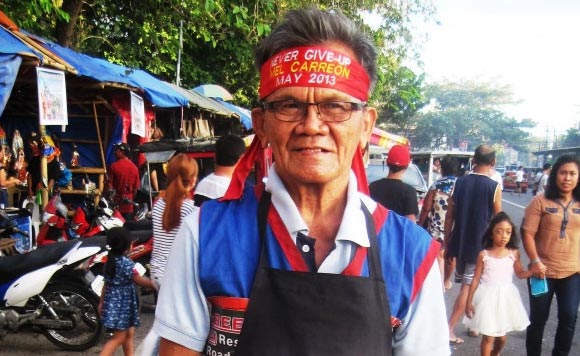 0 572
Share
Want more POLITIKO News? Get the latest newsfeed here. We publish dozens and dozens of politics-only news stories every hour. Click here to get to know more about your politiko - from trivial to crucial. it's our commitment to tell their stories. We follow your favorite POLITIKO like they are rockstars. If you are the politiko, always remember, your side is always our story. Read more. Find out more. Get the latest news here before it spreads on social media. Follow and bookmark this link. https://goo.gl/SvY8Kr

Carreon, 73, earlier filed his COC to run for senator but withdrew his candidacy after the Commission on Elections central office ordered him to use the new form.

He also encouraged those who supported his bid for City Council in the 2016 election to campaign for him.

“The 15,365 people who voted for me, they have to do a whispering campaign. I appeal to them to convince others to support my mayoral run,” Carreon said.