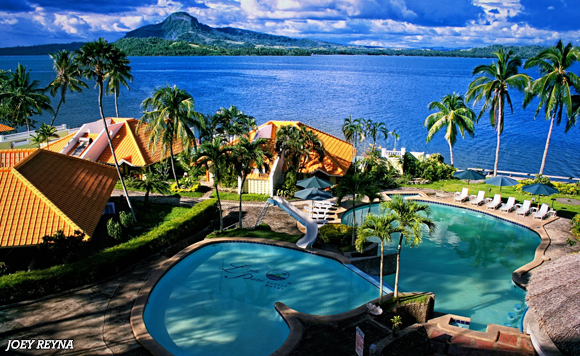 0 76
Share
Want more POLITIKO News? Get the latest newsfeed here. We publish dozens and dozens of politics-only news stories every hour. Click here to get to know more about your politiko - from trivial to crucial. it's our commitment to tell their stories. We follow your favorite POLITIKO like they are rockstars. If you are the politiko, always remember, your side is always our story. Read more. Find out more. Get the latest news here before it spreads on social media. Follow and bookmark this link. https://goo.gl/SvY8Kr

“It’s not a question of venturing [into hotel business], all I want is to save it and make use of it. It’s for the Taclobanons,” said Romualdez.

After the hotel was taken over by the government in 1986, ownership was transferred to the Tourism Infrastructure and Enterprise Zone Authority, the Privatization Management Office, and the provincial government of Leyte.

According to the mayor, the city government was attempting to obtain a loan from the Land Bank of the Philippines, half of which would be used to purchase and renovate the hotel.

He also said that after renovation, the facility would be offered to a private company with the capacity and knowledge to run a hotel business.

Reopening the hotel would not only create at least 2,000 jobs, but would also increase the number of hotel rooms needed by the city in anticipation of an influx of tourists and even investors with the reopening of the pandemic-affected economy, said Romualdez.

The city government, he added, would hire a private company to assist them in redesigning the hotel with a convention center inside the 6.1-hectare property to accommodate thousands of visitors during gatherings.