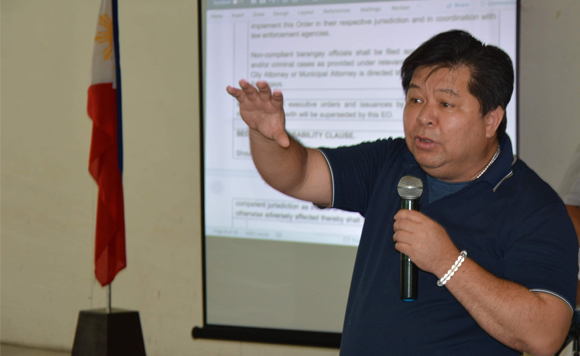 DUMAGUETE CITY – Quarantine control points (QCP) are now in place in strategic locations in this capital in time for its 72nd charter anniversary on Tuesday and the 400th feast of its patron saint on Wednesday.

Due to the threat of the coronavirus disease 2019 (Covid-19), the city government headed by Mayor Felipe Antonio Remollo has lined up virtual activities for a “modest” yet meaningful celebration of this year’s charter anniversary.

City Information Officer Dems Rey Demecillo, in an advisory released Monday, said that police, anti-crime organizations, and barangay officials are now deployed to the quarantine control points to ensure a smooth flow of traffic in anticipation of the charter anniversary plus the city fiesta on Wednesday in honor of its patron saint, St. Catherine of Alexandria.

This capital is still under modified general community quarantine (MECQ). Mass gatherings, banquets/parties, and similar activities to celebrate the fiesta are highly discouraged and must be limited only to household members.

Activities lined up for the Charter Day anniversary include a virtual special recruitment job fair from Nov. 23-27; on Nov. 24, the 72nd Charter Day Anniversary thanksgiving mass to be celebrated by Dumaguete Bishop Julito Cortes at 7 a.m. at The Presidencia; groundbreaking for the proposed obelisk at the Manuel L. Quezon Park at 8 a.m. on the same day; “Paghimamat”, which tells the story of the city through dance, music, and theater (pre-recorded and to be aired on Facebook at 4:30 p.m.; virtual grand charter parade at 6:00 p.m. also to be shown on the city’s Facebook Lupad Dumaguete “City of Gentle People” page;

On Nov. 25, concelebrated mass in honor of Saint Catherine of Alexandria at 10 a.m. at the Cathedral; and on Nov. 27, the Community Christmas Tree Light-Up, at 5:30 p.m., pre-recorded live to be shown on the city’s Facebook page and the Dumaguete City Tourism Office’s Facebook page. (PNA)