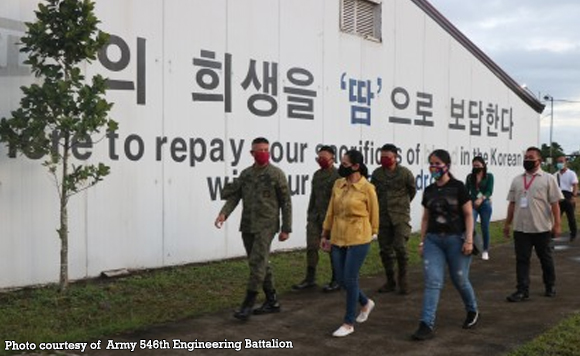 PALO, Leyte – The former military base of the Republic of Korea Armed Forces here is being prepared as an isolation area for suspected coronavirus disease 2019 (Covid-19) carriers.

Mayor Frances Ann Petilla said Thursday that they have to use the facility in case the number of patients under investigation (PUI) for Covid-19 increases.

“Those who will use the facility are identified PUIs whose houses (have) no area for quarantine,” Petilla said. “So far, there is no need for us to use the place now, but it is better to be prepared.”

As of April 1, the town had three PUIs and 118 persons under monitoring (PUM).

The former military base at the Government Center here, located just across the Department of Health’s regional office, was used by the South Korean Forces for their yearlong recovery efforts in Leyte after it was badly-hit by Super Typhoon Yolanda in 2013.

The former military base is now under the jurisdiction of the Office of Civil Defense and maintained by the Philippine Army.

Personnel of the Army’s 546th Engineering Construction Battalion based in Tacloban City did some repair on the facility made up of container vans.

They also built toilets and installed wall fans and other necessities of PUIs while under isolation.

Staff members of the town health office would man the facility, which can accommodate at least 500 people and has 30 rooms that will serve as isolation areas for PUIs.

Aside from identifying a quarantine facility, the local government has also issued several executive orders that town residents should observe to protect them from Covid-19, such as wearing face masks and social distancing.

“Our plea to residents (is) if they saw someone who is not wearing a face mask and not practicing social distancing in public places, remind them. That is for their own safety,” said Petilla who has just completed her 14-day self-quarantine after joining a meeting of mayors in Metro Manila.