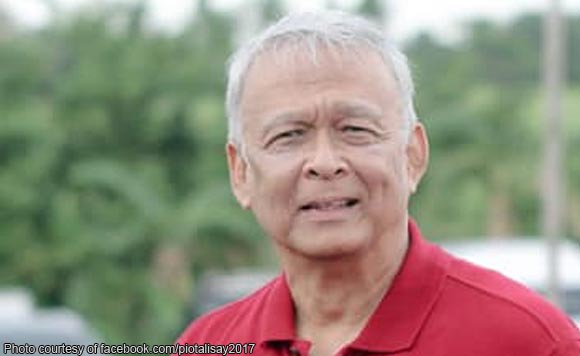 0 1,510
Share
Want more POLITIKO News? Get the latest newsfeed here. We publish dozens and dozens of politics-only news stories every hour. Click here to get to know more about your politiko - from trivial to crucial. it's our commitment to tell their stories. We follow your favorite POLITIKO like they are rockstars. If you are the politiko, always remember, your side is always our story. Read more. Find out more. Get the latest news here before it spreads on social media. Follow and bookmark this link. https://goo.gl/SvY8Kr

Mayor Magdaleno Peña has welcomed reports that the town of Moises Padilla may no longer be considered as election watchlist areas.

Peña attributed the drop in election-related violence to the increased police and military presence in the municipality.

The Philippine Army 62nd Infantry Battalion has chased New People’s Army (NPA) rebels out of the town, the politiko said in a Watchmen Daily Journal article.

When asked if he supported the cancellation of peace talks with the NPA, Peña said the move should been made “a long time ago.”

Earlier this month, the Negros Occidental Police Provincial Office identified Moises Padilla as one of the towns that could be removed from their elections watch list areas.

The towns of EB Magalona, Toboso, Don Salvador Benedicto, and Isabela are also being considered for removal as areas of concern for the upcoming 2019 midterm elections.