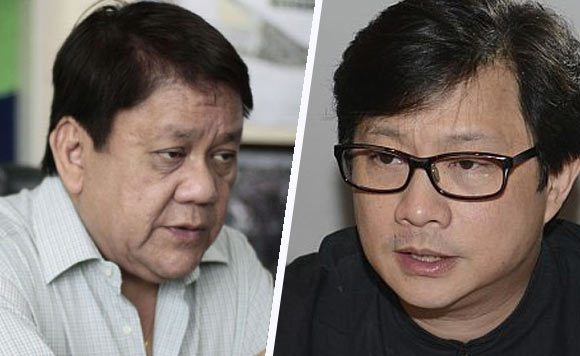 0 1,128
Share
Want more POLITIKO News? Get the latest newsfeed here. We publish dozens and dozens of politics-only news stories every hour. Click here to get to know more about your politiko - from trivial to crucial. it's our commitment to tell their stories. We follow your favorite POLITIKO like they are rockstars. If you are the politiko, always remember, your side is always our story. Read more. Find out more. Get the latest news here before it spreads on social media. Follow and bookmark this link. https://goo.gl/SvY8Kr

Cebu City Mayor Tomas Osmeña, in a Facebook post on April 4, accused Presidential Assistant for the Visayas Michael Dino of not caring about the illegal drug problem in the city.

The Cebu politiko said he is allowed to air his grievances to President Rodrigo Duterte.

“Over Holy Week alone, more than 9M in drugs were taken off Cebu City’s streets. But a mayor can only remove what is already there. He cannot prevent it from coming in. Only the National Government has that power. As head of an LGU, am I not allowed to air out my grievances on drugs to a President who won on an anti-drug platform?” Osmeña said.

“You obviously think not. It is clear that you only care about your own agenda. Weren’t you the one who brought Mike Rama, who saw the rise of drugs in Cebu from 2010-2016 and the one who was actually named by the President as a drug protector, into the 2016 SONA?’ he added.

“Is the President perfect? Is any human being perfect? Why don’t you ask Aguirre, Alvarez, Gwen, and yourself? You are all bad mistakes, mistakes that he is already in the process of fixing,” he said.