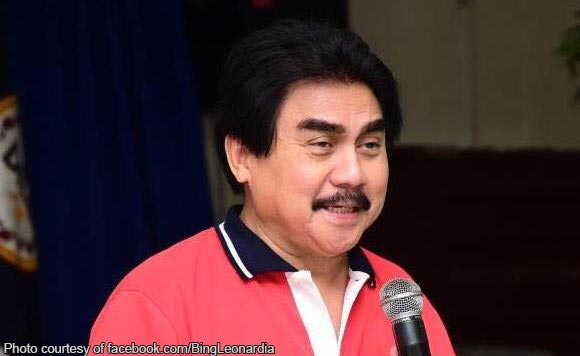 0 424
Share
Want more POLITIKO News? Get the latest newsfeed here. We publish dozens and dozens of politics-only news stories every hour. Click here to get to know more about your politiko - from trivial to crucial. it's our commitment to tell their stories. We follow your favorite POLITIKO like they are rockstars. If you are the politiko, always remember, your side is always our story. Read more. Find out more. Get the latest news here before it spreads on social media. Follow and bookmark this link. https://goo.gl/SvY8Kr

Leonardia made the call Wednesday to officials attending the two-day orientation-training for Barangay Anti-Drug Abuse Councils (BADACs) on barangay drug-clearing program conducted by the Department of the Interior and Local Government (DILG) at the Middle Town Inn here until Thursday.

“I encourage them (BADACs) to exert more effort to be declared free from illegal drugs,” the mayor said in an interview on the sidelines of the event.

He noted that as of now, only Barangay 5 has been declared drug-cleared in Bacolod.

The mayor, who chairs the City Anti-Drug Abuse Council (CADAC), said the barangay officials have a big role in determining the kind of barangays their local government units turn out to be, thus they have a big responsibility to make it drug-free.

“For me, plus the fact that the President Rodrigo Duterte has been here very often, that means our drug situation, in that level, is slightly manageable, and we need the cooperation of everybody, especially the barangay officials and the BADACs,” he added.

DILG-Bacolod Director Ma. Joy Maredith Madayag said they hope that after the orientation-training, barangay officials will be more capacitated and dedicated in fighting illegal drugs.

On Wednesday, officials of 30 barangays attended the orientation-training while on Thursday, the rest from the 31 barangays participated.

Last July, the inter-agency Oversight Committee on Barangay Drug-Clearing Operations of Western Visayas declared Barangay 5 as drug-cleared after complying with the parameters set by the Dangerous Drugs Board (DDB).

In the third quarter of last year, Barangay 5 was among the three out of the 61 villages in Bacolod declared drug-cleared. The two other villages, Barangay 24 and 41, are also seeking a similar declaration this year.

A village is declared drug-cleared once it complies with the parameters provided in Section 8 of the DDB Regulation No. 3, Series of 2017, otherwise known as “Strengthening the Implementation of the Barangay Drug-Clearing Program”. (PNA)