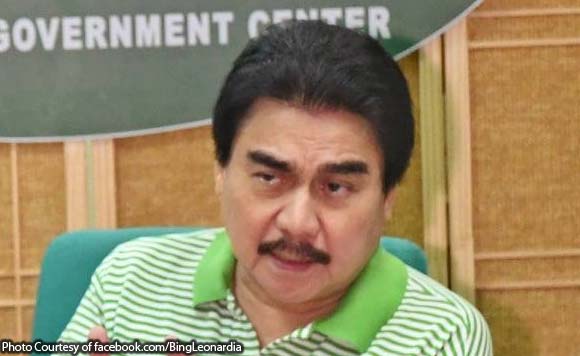 BACOLOD CITY — Security alert has been raised for the arrival of President Rodrigo R. Duterte who will campaign for the senatorial candidates of the Partido Demokratiko Pilipino – Lakas ng Bayan (PDP-Laban) here on Thursday afternoon.

Mayor Evelio Leonardia, head of the local party Grupo Progreso, which is hosting the event, said about 15,000 people are expected to flock to the venue.

Leonardia, whose reelection bid has been endorsed by the President, said he is flattered that the Chief Executive is coming to Bacolod to campaign.

“We feel honored and very flattered. Usually, if Davao City Mayor Sara Duterte-Carpio already visited one place, President Duterte will no longer come to the area, but here in Bacolod City, both of them (decided to come),” the mayor added.

He said transactions will continue at the Government Center since the President does not want a disruption of services just because of his visit.

“This is the first rally ever at the Bacolod Government Center. We are inviting everybody to witness the event,” the mayor said.

Last March 25, Davao City Mayor Sara Duterte also came to Bacolod to lead the campaign rally for the 13 senatorial candidates of the Hugpong ng Pagbabago held at the Panaad Stadium.

Meanwhile, about 500 personnel of the Bacolod City Police Office and the Negros Occidental Police Provincial Office will secure the event.

Four platoons composed of 245 policemen will be deployed for Civil Disturbance Management, along with 12 personnel of the Explosive and Ordnance Disposal team of the Philippine Army’s 303rd Infantry Brigade.

A K9 team of the Philippine National Police Maritime Security Group will also be part of the security units. (PNA)