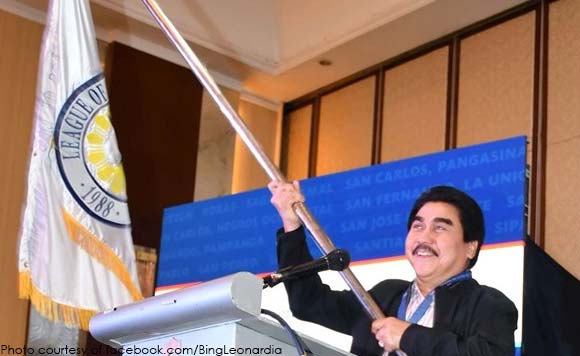 0 397
Share
Want more POLITIKO News? Get the latest newsfeed here. We publish dozens and dozens of politics-only news stories every hour. Click here to get to know more about your politiko - from trivial to crucial. it's our commitment to tell their stories. We follow your favorite POLITIKO like they are rockstars. If you are the politiko, always remember, your side is always our story. Read more. Find out more. Get the latest news here before it spreads on social media. Follow and bookmark this link. https://goo.gl/SvY8Kr

Bacolod City Mayor Evelio Leonardia is the newly president of the League of Cities of the Philippines (LCP) during its 68th General Assembly and Election of its National Executive Board held at the EDSA Shangri-La in Manila.

Succeeding Angeles City Mayor Edgardo Pamintuan, Leonardia, the first mayor from Bacolod to be elected national president, will head the LCP, an organization of all 145 cities in the country, until 2022.

Three other mayors from Negros Occidental were elected to the National Executive Board. They were Mayor Mark Andrew Golez of Silay City as the regional representative for Western Visayas; Mayor Nicholas Yulo of Bago City, deputy secretary-general for the Visayas; and Mayor Francis Frederick Palanca of Victorias City, deputy PRO for Visayas.