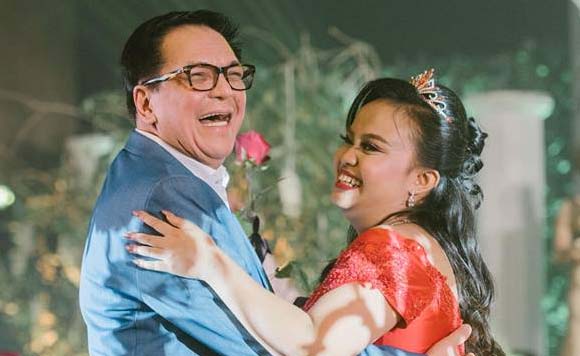 Their families have been closely-knit ever since.

The young politiko particularly shared a beautiful photo of her sister TM sharing a dance with Rep. Ferjenel Biron, whom she described as a pseudo-father to all three of the Debuque sisters.

The Birons and Debuques go a long way back, having agreed to be allies 18 years ago. This has extended to their family life after the Debuques lost their dad.

“I was 14 years old, Amalia was 10 years old, and TM was just 7 years old. Since then, tito Ferj has become a stand-in father to us,” the young mayor said.

Biron, who is running as Iloilo governor, almost didn’t make it to the party but finally did after a long day.

This precious moment was definitely worth all the trouble.

Raymond Mendoza gets some sun and exercise while in Cebu