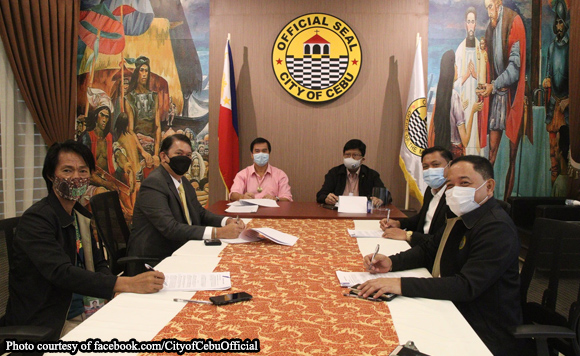 CEBU CITY – The Department of Agriculture (DA) in Central Visayas entered into an agreement with the city government for the construction of a PHP14-million regional food terminal.

DA-7 regional executive director, Lawyer Salvador Diputado, and Mayor Edgardo Labella signed the memorandum of agreement (MOA) for the establishment of the food hub on Wednesday.

“Through the food terminal, these market players can obtain agri-produce that are of quality and reasonable prices,” Diputado said in a statement released on Thursday.

The food terminal will serve as a central storage and warehousing facility and as a trading center where small farmers and fishermen can directly sell their produce to food processors, institutional buyers, traders, and market vendors.

Diputado said the DA is implementing the “Enhanced KADIWA ni Ani at Kita Inclusive Food Supply Chain Program,” of which the food terminal is a component project.

The PHP14-million grant comes from the DA while the lot area will be provided by the city government as its counterpart.

“This is a grant of the DA to Cebu City, and it is one of the four terminals to be established nationwide. With this project, our farmers and fishers will have the opportunity to improve their income, while our consumers will enjoy a reasonable market price,” Diputado said.

Labella thanked the DA led by Secretary William Dar for its continued assistance to farmers here.

Diputado also committed that DA-7 will give some 3,000 fruit tree seedlings of “guyabano” (soursop) and “nangka” (jackfruit) to the farmers in the city.

Cebu City qualifies in the criteria set by the DA for the establishment of a regional food terminal, which include among others, being a trading center and a convergence area.

According to Labella, around 70 percent of this city’s land area is considered agricultural.