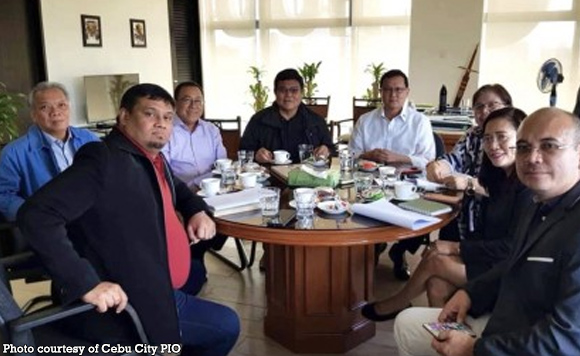 CEBU CITY – Mayor Edgardo Labella has bared the plan of the city government here to implement a massive medium-rise buildings (MRB) project as a resettlement site for informal settlers.

Labella said he met with Secretary Eduardo del Rosario, chair of the Housing and Urban Development Coordinating Council, in its Makati office on Wednesday morning to negotiate for the construction of the project.

“Informal settlers dugay na kaayo napasagdan, wa pa gyud solusyon nga nahatag (informal settlers have been neglected for so long a time, no solution has ever offered). Under our administration, we will try our best, especially those who are living along the dangerous zones, we will give them a relocation site that is decent enough for their family,” he said in a radio interview.

The mayor said his meeting with del Rosario was part of the initiative to realize his commitment to giving informal settlers decent homes.

“The massive housing project will rise to accommodate the informal settlers of the city and solve the housing problem that we are facing. It is important to note that in our goal for development, the underprivileged should not be left behind,” he said in a statement posted on the Cebu City Hall’s official website.

Labella said the city government has launched a mid-rise socialized housing project in Lorega village that will be replicated in other barangays.

He pressed realty developers in the city to strictly implement the provisions of Republic Act 7279, otherwise known as the Urban Development and Housing Act (UDHA) of 1992 which mandates them to set aside a certain percentage of their commercial housing units intended for socialized housing.

According to the law, land developers are mandated to give a five-percent share to the local government unit to be used for the construction of condominium units and 20 percent for subdivisions.

“We are still in the process of coming up with a program, a project strategy,” Labella said.

The mayor brought with him to the meeting former City Councilor Jose Daluz III, economic planning expert Roberto Varquez and some accredited developers led by Joe Soberano of Cebu Landmasters.