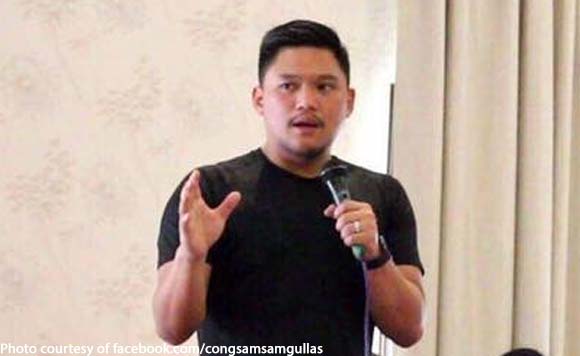 0 485
Share
Want more POLITIKO News? Get the latest newsfeed here. We publish dozens and dozens of politics-only news stories every hour. Click here to get to know more about your politiko - from trivial to crucial. it's our commitment to tell their stories. We follow your favorite POLITIKO like they are rockstars. If you are the politiko, always remember, your side is always our story. Read more. Find out more. Get the latest news here before it spreads on social media. Follow and bookmark this link. https://goo.gl/SvY8Kr

Talisay City Mayor Gerard Anthony Gullas Jr. admitted on Monday that President Rodrigo Duterte was right in saying that the problem on illegal drugs has persisted in his area of jurisdiction.

Gullas was quoted in a radio report as saying that he met with the Chief Executive at the Oakridge Pavilion in Mandaue City and had the chance to inform the latter of the city government’s efforts in solving the predicament.

The President and the mayor met during a Sinulog dinner organized by Presidential Assistant for the Visayas Michael Lloyd L. Dino.

Duterte singled out for the second time the City of Talisay as a place where drugs and criminality persist despite the administration’s continuous war on the trade of illegal substances.

The President first lashed out at the police officials of the locality in a speech after distributing conditional cash transfer assistance at the Cebu Technological University (CTU) here on Feb. 24, 2019.

After his speech, all personnel of the Talisay City Police Office were ordered relieved, except its chief, Maj. Marlou Conag.

At the Cebu City Sports Center, Duterte, who graced the 40th Sinulog Grand Festival, claimed that a police official “is involved in illegal drugs.”

He warned uniformed personnel in his 20-minute speech that police officials who are still involved in the drug trade would face serious consequences.

“Drugs will destroy my country. Do not destroy my country because if you do, I will really kill you. It is not acceptable because Filipinos will get shattered. There have been so many dysfunctional families after engaging in drugs, families fall down,” Duterte said in mixed Cebuano and English.

Gullas, however, said the Talisay City Police Office was able to arrest 217 drug pushers and confiscated illegal drugs worth PHP4 million in a series of anti-drug sting operations from September to December in 2018. At least 12 drug personalities were killed in the operations.

Reassuring his administration’s commitment to supporting the President’s war on drugs, Gullas said he would focus on ridding Talisay of drugs in the villages of Tangke and San Roque, as well as Sitio Mananga in Barangay Tabunok. (PNA)