Mayor Espinosa: We don’t care who will provide Iloilo with electricity as long as its reliable, affordable 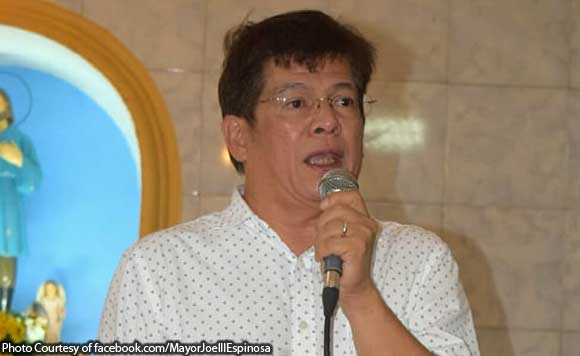 Mayor Jose Espinosa on Monday told lawmakers Iloilo City wanted uninterrupted supply of power regardless whether it would be provided by Panay Electric Company (PECO) or another private firm or the city government itself.

Espinosa was invited to attend the consultation on House Bill No. 6023 which sought to renew the franchise of PECO for another 25 years on Wednesday. The bill is now pending with the Committee on Legislative Franchises of the House of Representatives.

In an interview, the mayor declined to bring the stand of the Sangguniang Panlungsod (SP) which last week passed a resolution “vehemently denying the renewal of franchise of the Panay Electric Company” and urging the national government’s take over.

“I will only be acting on behalf of the executive,” he said, adding that he would limit his testimony to questions of the Congress.

He stressed that what was important is the “continuity of service” regardless if it is going to be the government, cooperative, new corporation or PECO that would supply the power in Iloilo City.

“As long as I am assured of the services of power because that is what is being asked by our investors,” he underscored.

The PECO franchise, which has the sole authority to distribute electricity in Iloilo City, will expire in 2019.

The SP has passed a resolution to reject PECO’s franchise renewal due to overbilling, frequent brownouts and poor customer service.

PECO executives will meet with the council members before the SP regular session Tuesday morning.

Local legislators will then fly to Manila Tuesday afternoon to attend the hearing of the Committee on Legislative Franchises of the House of Representatives on Wednesday. (PNA)