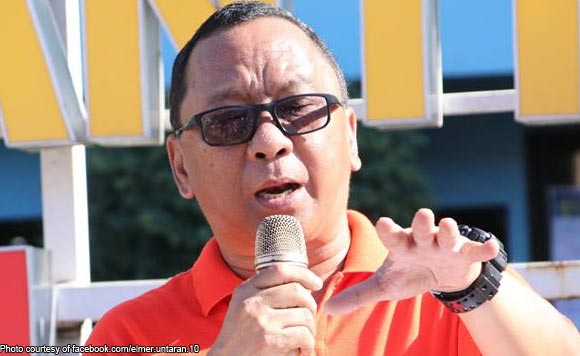 Incumbent mayor Elmer Untaran received a fresh mandate in this capital town when he was proclaimed winner by the Municipal Board of Canvassers past 2 a.m. of Tuesday.

Untaran held a caravan around the municipality in the morning to express gratitude to his constituents after his proclamation.

“We are having a caravan to thank the residents of San Jose de Buenavista,” he said.

Untaran will be serving his second term with incumbent town councilor Justin Encarnacion, who won as vice mayor in the May 13 elections.

Town election officer, lawyer Rommel Benliro, in an interview Tuesday, said they proclaimed Untaran right after they received all the election returns from the 22 voting centers at around 1 a.m. Tuesday.

“I called up Mayor Untaran if he wanted to be proclaimed early Tuesday morning so they came,” he said.

He said everything went well although there were some technical problems that occurred like paper jam on the Vote Counting Machine (VCM).

Meanwhile, Valderrama town mayor-elect Mary Joyce Roquero said she will focus on ecotourism once she assumed her post.

Roquero, who is currently a member of the town’s Sangguniang Bayan, was proclaimed by the municipal board of canvassers around midnight of Monday. She was joined by eight elected municipal councilors who all belong to her camp.

“I want to give focus to our ecotourism because it used to lure tourists to come to our remote municipality,” said Roquero in a separate interview Tuesday.

The elected mayor talked about the Villa Valderrama inland resort that was established by the local government unit in order to invite domestic and foreign tourists alike to come to the municipality.

She thanked her family and residents for supporting her candidacy.

Roquero ran against incumbent mayor Joy Posadas who was gunning for her second term. (PNA)