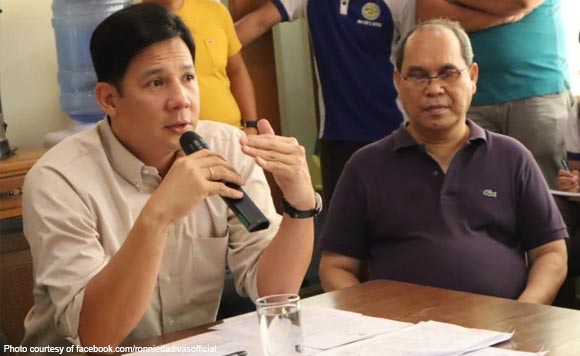 Mayor Ronnie Dadivas asked the Department of the Interior and Local Government (DILG) to spare Roxas City from the ban on tricycle, pedicab, and motorized pedicabs on national highways.

All roads in the city are linked to the national highway, thus vehicles covered by the ban cannot avoid but pass the said road, explained Dadivas.

The most common mode of transportation in Roxas City are tricycles. (https://bit.ly/2T1LCtI)

The mayor lamented that commuters, tricycle operators, and drivers will be affected if the DILG memorandum is strictly implemented.

The city government will find remedies to protect the interest of the tricycle sector, he assured.

Public consultation with tricycle operators and drivers association will also be called.

Department of Public Works and Highways’ Department Order No. 73, series of 2014 strictly bans obstruction/encroachment or usurpation on the right of way in the national road and highway.

Continue Reading
Department of the Interior and Local GovernmentDILGMayorMayor Ronnie DadivaspedicabRoxas Citytricycle
0
Share
Politiko would love to hear your views on this...
Trending News
More Stories