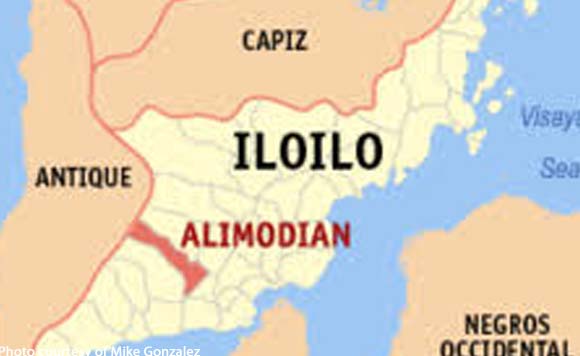 0 988
Share
Want more POLITIKO News? Get the latest newsfeed here. We publish dozens and dozens of politics-only news stories every hour. Click here to get to know more about your politiko - from trivial to crucial. it's our commitment to tell their stories. We follow your favorite POLITIKO like they are rockstars. If you are the politiko, always remember, your side is always our story. Read more. Find out more. Get the latest news here before it spreads on social media. Follow and bookmark this link. https://goo.gl/SvY8Kr

The municipality of Alimodian in Iloilo province has no insurgency problem, according to Mayor Geefre “Kalay” Alonsabe.

Alonsabe issued this remark following reports that Alimodian and five other towns have been ordered by the Department of Interior and Local Government to create municipal task forces to end the local communist armed conflict in their respective localities.

“I don’t believe there are lots of NPA (New People’s Army) rebels in my town. I visit far-flung barangays alone, there is no such feedback from the people,” the mayor said.

Alimodian, he added, may have been mistakenly perceived to have an insurgency problem because its neighboring towns have such a problem. (https://bit.ly/2PUNqSu)

“In my understanding, Alimodian is just a passageway of rebels going to the municipalities of Tubungan, Miag-ao, Maasin, Janiuay, and Calinog,” said Alonsabe.

He, however, clarified that the presence of the Philippine Army in Alimodian will help ensure peace and order in the municipality.