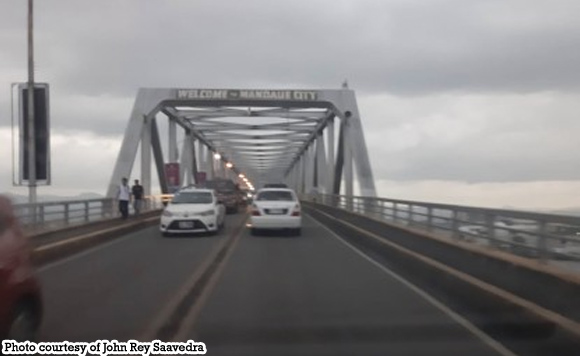 LAPU-LAPU CITY, Cebu – Mayor Junard “Ahong” Chan here on Friday expressed elation over the decision of the body managing the two bridges connecting mainland Cebu and Mactan island to lift the curfew on these structures and allow bikers to cross.

Chan said the Mactan-Cebu Bridge Management Board (MCBMB) chaired by Governor Gwendolyn Garcia heard their request to reconsider its earlier decision to implement three important measures on Marcelo Fernan Bridge and the old Mactan-Mandaue Bridge that were seen to prevent suicides and solve traffic in the two structures.

The MCBMB decided to ban bicycles on the two bridges, impose curfew, and limit pedestrian lane to only one side.

“The bridge board has reconsidered its earlier decision. I understand their (bridge board) decision as they looked after the safety of the crossing cyclists,” Chan said.

Those decisions came out after a series of suicide incidents and attempts at the two bridges.

According to Chan, the bikers can now use the bridge to cross to and from Mactan island and Mandaue, with the condition, however, that they dismount and walk with the bike using the pedestrian lane.

The mayor of this city said the bridge board’s decision not to allow bicycles over the bridge was aimed at avoiding accidents on portions which are not well-lighted.

He said the law also prohibits bicycles on the highways.

Earlier, Chan protested the decision, saying the ban on bicycles over the bridge would affect the daily commute of his constituents who are pedaling their way to work and back to their homes in this city.

He also said the curfew hours from 1 a.m. to 5 a.m. would also affect residents of Mactan island who are going back home by walking along the bridges.

He added the earlier decision to limit a single-pedestrian walkway in the two bridges would also create traffic if numerous pedestrians crowd on just one side.