May shortage nga! Negros Occidental rice supply down to 7 weeks 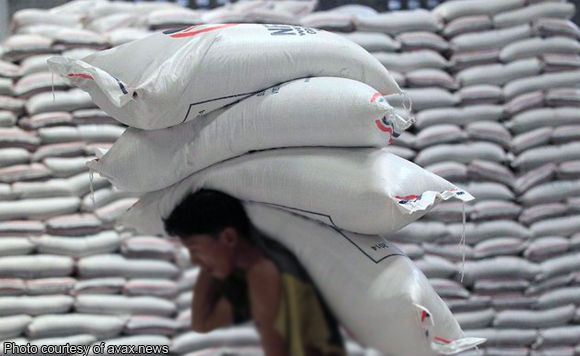 The calibrated supply of the P27 per kilogram National Food Authority (NFA) rice in Negros Occidental is expected to last for at least seven weeks.

Marianito Bejemino, provincial manager of NFA-Negros Occidental, said on Thursday that latest inventory showed the current NFA rice stocks in the province is about 8,000 bags.

Bejemino said additional buffer allocation of 1,000 bags from Panay is expected to be delivered to Negros Occidental on Friday.

Using the prevailing average weekly sales of 1,200 bags, the available buffer stocks will still last for 52 days or seven weeks.

“The normal weekly sales of NFA rice in Negros Occidental is actually 6,000 bags. However, it reduced to 1,200 bags since we started calibrating the supply in January,” he added.

Like in Metro Manila and other provinces in the country, NFA-Negros Occidental also noted a “thin” supply of both the government and commercial rice among local market retailers.

The tight supply, which contributed to an average increase of PHP2 to PHP4 per kilogram of commercial rice, is attributed to low production as farms in some parts of Western Visayas were damaged by calamities.

For NFA rice, the agency is calibrating the supply since the schedule of rice importation is still in April.

Bejemino allayed fears over the possible shortage of rice in local markets.

“We still have ongoing harvests, and the available supply of NFA rice is still enough to meet the weekly requirement until additional allocations arrive,” he added.

After the delivery of 1,000 bags on Friday, another 4,000 bags will be delivered from Panay next week. Negros Occidental will also receive some 25,000 bags from Cebu later this month.

Based on the province’s average daily consumption requirement of about 20,500 bags, the commercial rice inventory can still last for the next 68 days. (PNA)