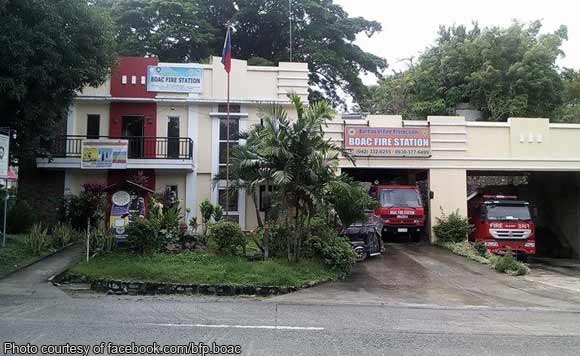 0 862
Share
Want more POLITIKO News? Get the latest newsfeed here. We publish dozens and dozens of politics-only news stories every hour. Click here to get to know more about your politiko - from trivial to crucial. it's our commitment to tell their stories. We follow your favorite POLITIKO like they are rockstars. If you are the politiko, always remember, your side is always our story. Read more. Find out more. Get the latest news here before it spreads on social media. Follow and bookmark this link. https://goo.gl/SvY8Kr

It was probably the hottest day of their lives.

With President Duterte himself handing them the award, members of the Boac Fire Station were on fire as they were named 2017 Best Municipal Fire Station in the Philippines.

The award was based on their active participation in government activities, quick and strict coordination with the local government, prompt and efficient rescue operations during calamities and fire and delivery of effective seminars and drills against fire for the community.

Apart from the plaque of appreciation, the BFP-Boac also received a P10,000 cash incentive.