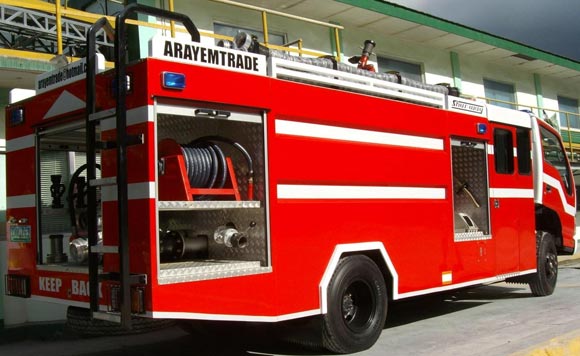 At least 17 towns in Western Visayas, seven of them in Aklan, still do not have fire stations, the Bureau of Fire Protection in Region 6 said.

BFP-6 head Fire Senior Superintendent Alan Aladano said they are aiming to establish a fire station in every town and city in the region.

“We want to armor our personnel with necessary equipment, as much as we want to give them a station with modern fire trucks,” he said, adding the BFP’s goal is to become a modern and more efficient firefighting agency (https://thedailyguardian.net/local-news/17-wv-towns-still-lack-fire-stations/).

Of the 17 areas without fire stations, seven are in Aklan, including Batan, Banga, Lezo, Madalag, Makato, Malinao, and Nabas.

The BFP said fire stations are under construction in Madalag, Makato, and Malinao.

In Antique, the towns without fire stations are in Anini-y, Barbaza, Caluya, Hamtic, and Tibiao, which is currently undergoing construction.

Panay and Sapian in Capiz also need their own stations, the BFP said.

In Iloilo, only San Dionisio town lacks a station. In Negros Occidental, Isabela and Pulupandan have no fire stations, though they have fire trucks.

Aladano added plans are underway for the building of a fire station in the two Negros Occidental towns.

On the other hand, the BFP is preparing to activate fire stations in Don Salvador Benedicto and Valladolid in Negros Occidental, and Pilar in Capiz.

Under the law, there must be at least one fire station with adequate personnel, firefighting facilities and equipment in every provincial capital, city and town.