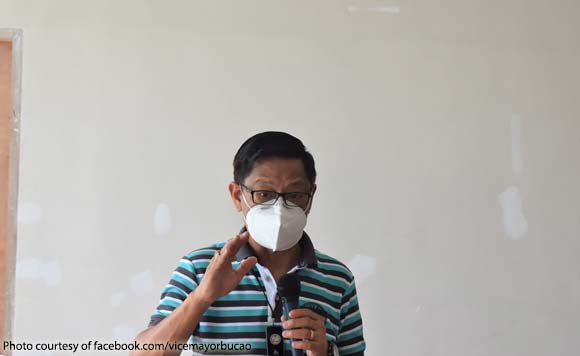 Bucao ordered the closure of the Manipis Road starting at midnight on Sunday, February 21, and until further notice.

“Manipis Road shall be closed starting 12 midnight (February 21, 2021) as the area is prone from landslides and to protect motorists from untoward incidents,” his February 20 advisory read. (https://bit.ly/2ZBMO9W)

The local chief executive also asked fisher folks to refrain from going out into the sea to prevent any accidents.

Bucao likewise asked residents of the coastal barangays of Biasong, Cansojong, Dumlog, Poblacion, Pooc, San Roque, and Tangke to prepare “from strong winds and waves that might affect their homes.”

At 3 a.m. today, the center of Tropical Storm Auring was estimated at 395 kilometers east of Hinatuan, Surigao del Sur with maximum sustained winds of 65 kilometers per hours near the center and gustiness of up to 85 km/h. It is moving west northwest at 15 km/h.