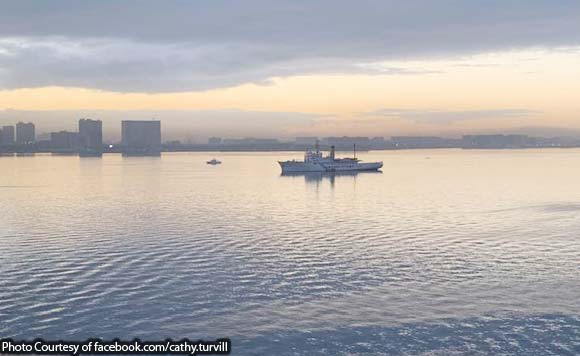 0 528
Share
Want more POLITIKO News? Get the latest newsfeed here. We publish dozens and dozens of politics-only news stories every hour. Click here to get to know more about your politiko - from trivial to crucial. it's our commitment to tell their stories. We follow your favorite POLITIKO like they are rockstars. If you are the politiko, always remember, your side is always our story. Read more. Find out more. Get the latest news here before it spreads on social media. Follow and bookmark this link. https://goo.gl/SvY8Kr

ILOILO CITY — The proposed rehabilitation of Manila Bay is a bigger task than what was done on Boracay Island, the Department of Environment and Natural Resources (DENR) said on Thursday.

It was presented to President Rodrigo R. Duterte and members of the Cabinet by Secretary Roy Cimatu on Monday.

“Obviously the President was very receptive and very happy to assist and support in whatever way he can towards the achievement of the rehab of the Manila Bay. Of course, it takes a lot of tiring efforts but if the national government is fully behind like what we saw here in Boracay, nothing is impossible,” he said.

Cuna was the guest of honor during the turnover ceremony between the outgoing and incoming Regional Executive Director (RED) of the DENR in Western Visayas Thursday.

Jim Sampulna, the former RED in Western Visayas, was promoted as Assistant Secretary for Western Mindanao and was replaced by RED Francisco E. Milla Jr.

Cuna, who has been going around various regional offices of the DENR for a similar event said he always talks about the Boracay accomplishment.

He also relayed the observation on Secretary Cimatu that the department has many competent personnel but the problem was mostly on enforcement.

“This is the best time to build on what we have done here on Boracay. Throughout the country we read that right now we are working on the different tourism sites,” he said.

He also urged regional offices to collaborate and strengthen their partnership with local government units and stakeholders.

Cuna praised Western Visayas for its performance and achievement and hoped that they will be maintained under the new leadership.

He also wanted to make sure that “strategic communication service is handled properly” as he lamented that not all efforts and services of the government office are known by the public.

Meantime, Milla said that since he works as ground commander of the DENR Task Force Boracay, he already considered himself as a member of the DENR 6 family.

He asked that he be given more than 100 percent support and cooperation as he commenced his stint in the region. (PNA)