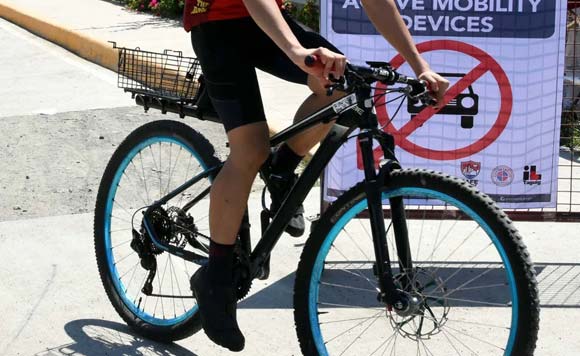 The Mandaue City Council will deliberate this afternoon on a proposed ordinance that will set the rules and regulations for the establishment of a bicycle system in the city.

The proposed Comprehensive Bicycle Ordinance authored by Councilor Jimmy Lumapas has been certified as urgent by Mayor Jonas Cortes.

The measure outlines the rules and regulations for cyclists and their bicycles, the city government’s role in the operation of the bicycle system, the bike facilities, and the penalties and sanctions for violations of the bike system operations. (https://bit.ly/3mOr452)

“This humble representation takes the initiative to embark legislation that promotes walking and the use of bicycles as essential and safer modes of transport for our Mandauehanons to proceed with their daily activities,” Lumapas said in the explanatory note of his proposed ordinance.

According to the councilor, the proposal relates to the directive of the Department of Local and Interior Government for local government units to accord the highest priority to bike lane networks and walk paths as the people proceed to the new normal.

Under the proposed ordinance, bicyclists are required to wear helmets and reflectorized vests or bright-colored shirts while riding their bikes. They should also keep a two-hand drive at all times unless doing hand signals or when he is a person with a disability.

It prohibits bicyclists against carrying back riders while on transit and they are directed to carry only minimal loads as bicycles are not designed to carry much cargo.

Cyclists are also prohibited from counterflowing or maneuvering between vehicles outside their designated lanes.

Bicycles shall also have reflectors both in its front and rear side, the measure stated.