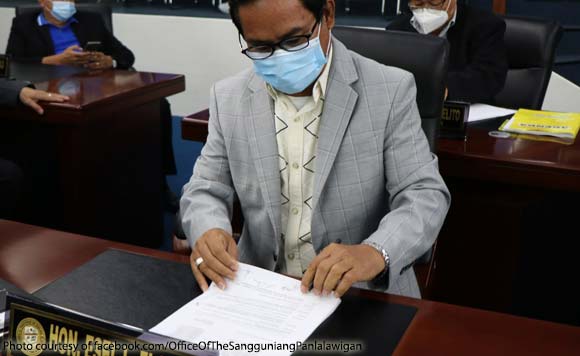 0 8
Share
Want more POLITIKO News? Get the latest newsfeed here. We publish dozens and dozens of politics-only news stories every hour. Click here to get to know more about your politiko - from trivial to crucial. it's our commitment to tell their stories. We follow your favorite POLITIKO like they are rockstars. If you are the politiko, always remember, your side is always our story. Read more. Find out more. Get the latest news here before it spreads on social media. Follow and bookmark this link. https://goo.gl/SvY8Kr

The Sangguniang Panlalawigan (SP) of Aklan voted to endorse to the House of the Representatives a municipal council resolution for the proposed cityhood of Malay town.

The cityhood of Malay, now classified a first-class town, would mean the further development of the municipality and its famous Boracay Island, and greater autonomy, according to the SP members.

Cityhood would also mean a bigger Internal Revenue Allotment for Malay which could improve the delivery of basic services. (https://bit.ly/3tHW7mu)

Section 450 of Republic Act No. (RA) 7160 as amended by RA 9009 or the Local Government Code of 1991 states a municipality may be converted into a component city if:

* it has a locally generated average annual income of P100,000 for the last two consecutive years as certified by the Department of Finance

* it has a contiguous territory of at least 100 square kilometers

SP member Esel Flores said Malay was able to sustain its tax collection of over P169 million in 2018 and 2019, exceeding the cityhood threshold prescribed under existing laws.

The high-income town is also qualified to be converted into a component city without regard to the size of its population or land area.

In October last year, the Land Management Bureau of the Department of Environment and Natural Resources certified that Malay was composed of more than one island, hence, exempted from the land area requirement of Republic Act 9009.