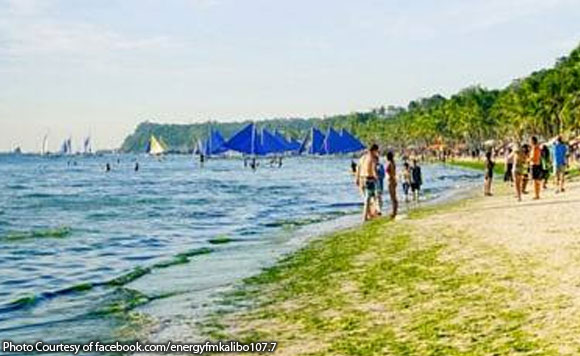 While it is willing to work with the national government to rehabilitate Boracay, the local government unit of Malay town in Aklan is not happy with what it called “recycled” photos of the island by some media outlets.

In a post on its website, the Malay LGU said it “will be working closely with the National Government Agencies” to comply with President Rodrigo Duterte’s six-month ultimatum to address the issues affecting Boracay.

Earlier reports said Duterte had called Boracay a cesspool and threatened to have it shut down if its problems remain unresolved.

But Malay’s town government said that while it accepts Duterte’s constructive criticisms, it scored ABS-CBN and GMA for using photos of the seasonal algal bloom in the island, “in order to increase the magnitude of their articles and hook people into it—thinking that the waters of Boracay Island are entirely full of algae.”

Such is not the case, the town government said.

“We condemn the recycling of photos for the selling of their ‘news.’ These news institutions gain profit from their news that ultimately degrades the image of Boracay Island which is highly dependent on the Tourism Industry,” it said.

It also called for “responsible journalism”, saying the photos the two networks used in their articles were taken “during the summer of the previous years.”

“The media is sensationalizing the algae phenomenon which ultimately hurts the industry of Boracay,” it said.

It also posted a photo taken last Feb. 13, where there was no algae in the waters.

The town government said it expects the coming algae season this summer to trigger another “barrage of news claiming that Boracay is ‘dirty.’”

In the meantime, it said it will work with national government agencies to comply with the six-month ultimatum imposed by Duterte.